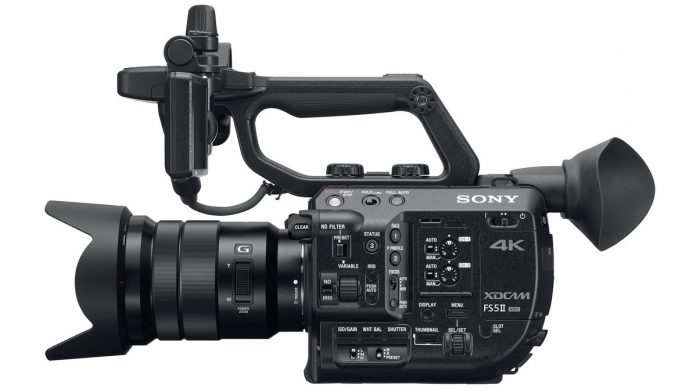 Congratulations to Sony! The new FS5 II has earned our Best Camera of NAB 2018 award. Sony’s follow up to the PXW-FS5, the FS5 II adds new frame rate options and VENICE color science as well as an Instant HDR Workflow on top of S-Log2/3.

Takuro Ema, product manager for Sony Professional Solutions Americas explains, ?”When Sony develops new camera technologies we gather feedback from all ends of the production chain — from DOPs to post production professionals. This camera was no exception. We’ve evolved and developed our hugely popular FS5 with default shooting capabilities and the FS5 II is now a powerful addition to the Large Format Sensor line-up which promises even more flexibility and creative choices.”[image:blog_post:69433]

The FS5 II records in resolutions up to DCI 4K via its Super 35 Exmor CMOS sensor, which integrates new color science acquired through the development of Sony’s latest Cine-Alta camera, VENICE. Sony promises a more refined picture tone with more natural rendering of highlights and skin tones while still leaving room for flexibility in post-production. https://www.youtube.com/watch?v=oRihC6nWUNc

Along with this new color science, the FS5 II still features S-Log2 and 3 as well as a new Instant HDR Workflow that Sony says can be used to produce HDR content in HLG/BT.2020 mode without the need for color grading.

The new FS5 II expands on the high frame rate recording capabilities of its predecessor with support for up to four seconds of 120 frames per second (fps) recording in 4K and eight seconds of HD 10-bit 4:2:2 recording at up to 240fps. Continuous recording of 120fps in Full HD is also supported.[image:blog_post:69434]

Like other cameras in Sony’s Large Format Sensor line-up, the FS5 II features an ergonomic modular design, making it suitable for a variety of uses including gimbal and drone shooting. A built-in electronic variable neutral density filter and ten available picture profiles add to this flexibility. The FS5 II uses the Sony E-mount.

The new Sony FS5 II is slated to be available in June and will be priced at 4,750 dollars for the body only and 5,250 with a kit lens. For more information, visit sony.com/pro