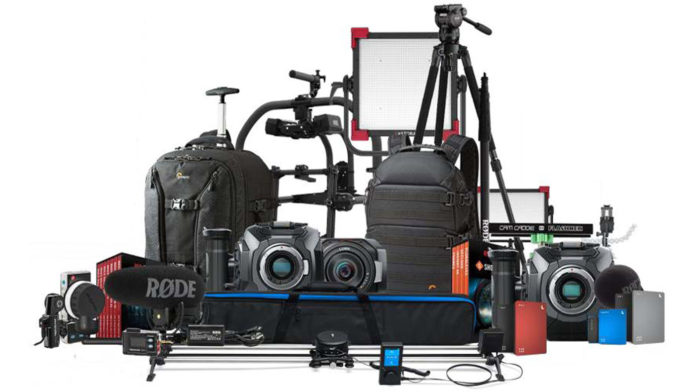 The world’s largest short film competition is back and bigger than ever. RDE Microphones is accepting submissions for the fifth annual My RDE Reel, now offering a prize pool of 1 million dollars in gear from respected filmmaking brands. That’s double last year’s 500,000-dollar prize pool!

To enter, entrants must be over the age of 13 and have create a short film running 3 minute or less using a RDE microphone. They must also shoot a 3 minute behind-the-scenes feature showing their RDE microphones in use. You can use any of their on-camera, studio or smartphone microphones.

RDE has made it very clear that it doesn’t matter what kind of camera you use. You can choose to use a high quality cinema camera or opt to use your smartphone camera. Don’t feel discouraged if you don’t own a RED Weapon. Top My RDE Reel prizes have gone to shorts shot on smartphones in previous years.

This year’s Prize Pool features over $1 million in video gear.

There are up 30 categories, including the six major returning categories. The Judges’ Film Award (best short film chosen by the 2018 panel of judges), People’s Choice Award (most popular short film), Female Filmmaker Award and Young Filmmaker Award will all be returning, in addition to two behind-the-scenes film awards: the Educational BTS Award and Entertaining BTS Award.

If you win the The Pitch, you will be offered a job at RDE HQ.

There’s a new category at My RDE Reel 2018 called The Pitch, and its prize is a Video Content Producer job at RDE HQ in Sydney, Australia.

To enter, you need to create a compelling 3-minute-max video explaining why they should hire you to work at RDE.

Entieres for My RDE Reel 2018 are open from April 1st and close July 31st, 2018, and it's free to enter. To get started, head to rode.com/myrodereel. Happy creating and good luck!