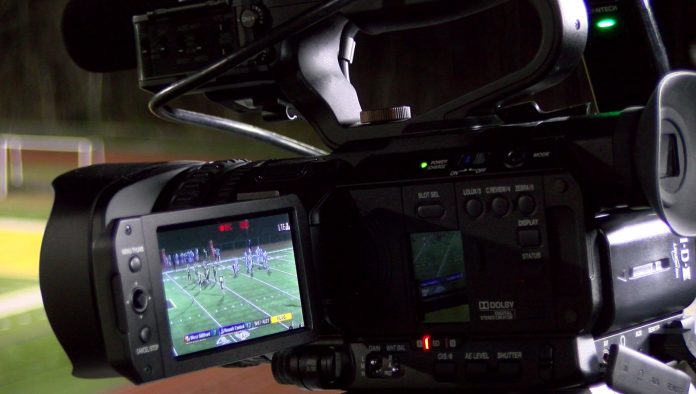 The new GY-HM250 models offer increased streaming support with integrated graphics and live-streaming capabilities, including an all-purpose 4K streaming camera in the GY-HM250U and a sports-focused variant, the GY-HM250SP.

Direct successors to the GY-HM200U, GY-HM200HW and GY-HM200SP cameras and the newest models in JVC’s 4KCAM lineup, the GY-HM250U and GY-HM250SP have been designed with streaming compatibility in mind. Both models include integrated graphics support, with the GY-HM250SP also featuring sports-specific overlays such as scoreboards that can be updated in real-time.

Both new models can store up to 50 .JPG or .PNG graphics — anything from titles to logos to lyrics — which can be swapped in and out during a livestream by the camera’s operator either manually through a Wi-Fi connected smartphone or tablet or on a timer.

An improvement over the previous models, the both the GY-HM250U and GY-HM250SP offer 4:2:2 4K/30p or 4K/24p recording and can manage 4K/60p when outputting via HDMI. The new models also feature improved focus on close objects through a tele macro shooting mode.[image:blog_post:69387]

Along with the two GY-HM250 cameras, JVC is also releasing the GY-HM180U, a stripped-down, more affordable model that lacks the built-in graphics and overlays and Wi-Fi connectivity but still records in the same 4K video. The GY-HM180U, like the GY-HM170U, can perform as a live streaming device but must be connected directly through its HDMI or, new to this most recent model, 3G-SDI outputs.[image:blog_post:69388]

Other than the increased live streaming support, the GY-HM250 models retain the same professional specifications of their GY-HM200 4KCAM predecessors. The GYHM250 records in 4K using a 1/2.3-inch BSI 4K CMOS sensor and a 12x zoom lens with optical image stabilization. The cameras can manage a variety of file types and frame rates, and can record at up to 120fps.

The new models continue to use Class 10 SDHC/SDXC memory cards and can record on up to two cards either for a simultaneously recorded backup or to extend recording time.