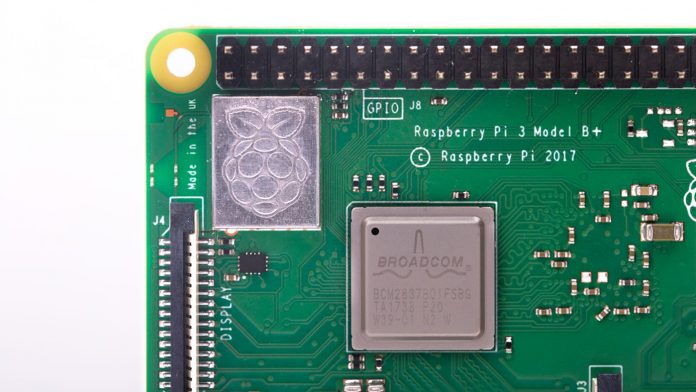 The Model B+ has made some slight improvements over its predecessor. First, it’s processor has received a power boost. The Model B+ features a 1.4GHz quad-core Broadcom BCM2837B0 processor, compare that to the Pi 3’s 1.2GHz BCM2837 chip. Raspberry Pi says that this new processor will improve the Model B+’s power and thermal design.

With the Model B+ were also getting faster networking speeds. Raspberry Pi reports that the the Model B+ delivers dual-band 2.4GHz and 5GHz wireless connectivity and gigabit ethernet over USB 2.0, which offers up to 300Mbps. That’s three times the speed of the company’s past boards.

Bluetooth 4.2 and Bluetooth Low Energy are supported as well, and the Model B+ will also come with Power over Ethernet (PoE), and Raspberry Pi plans to launch their own dedicated PoE HAT in the future.

What hasn’t changed about the Model B+ is it price. It will be sold for the same price as its predecessor, which is a mere 35 dollars.

You can check out Raspberry Pi’s official blog post announcing the Model B+, or you can purchase it now at raspberrypi.org.