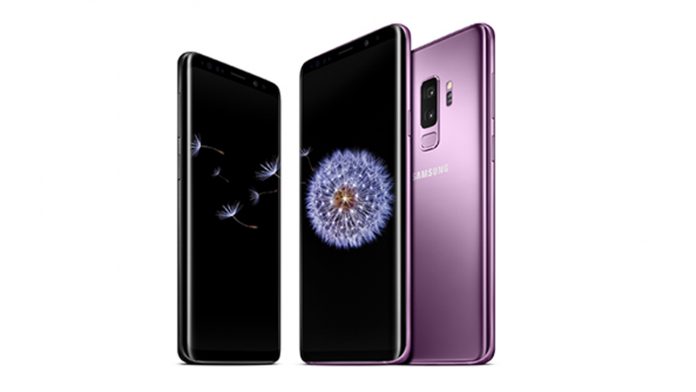 Samsung’s Galaxy S9 smartphone is almost here. With US preorders opening tomorrow, many want to get their hands on the new phone and we’re naturally most interested in the S9’s 12-megapixel camera. It looks like it’s gotten a huge upgrade when compared to the S8. To name a few improvements, the S9’s camera now has a mechanical aperture and can shoot portrait selfies and slow-mo videos. Also, it’s reported to operate much better in low-light situations thanks to its variable aperture.

You can actually see the S9’s aperture physically move.

Again, the aperture is mechanical, meaning that you can see it physically move when switching from one setting to the next. This is something that has only been seen in stand-alone cameras previously. The aperture does automatically switch between two aperture settings, those being F2.4 for daylight and F1.5 for low light. However, you can still manually choose an aperture in the phone’s pro camera settings.

The S9 can slow your videos down super-slow.

Looking back to the S8’s slow-mo, it maxed out at 720fps. The S9 has increased that number to 960fps. This means that for every 0.2 recorded seconds, it will be translated into 6 seconds when it is played back.

It’s worth mentioning that the entire video you shoot won’t be in slow motion — only the middle portion will be. So, the beginning and end of your video will be in the standard 30fps and then switch over to slow-motion.

The S9 can also create an animated GIF of the videos you shoot in super slow-motion.

Thanks to DRAM, the S9 takes clearer photos

Samsung says that photos on the S9 will have up to 30 percent less image noise, allowing them to look much clearer when being looked at close up. This is all due to the camera having its own memory called DRAM. DRAM works four times fast to choose the best images for multiple shots, and it also is the reason super slow-motion is possible on the S9.

Similar to the iPhone X, the S9 has incorporated a portrait mode for its front-facing camera that you can select in the phone’s camera settings. It can also be done with the two cameras found on the Galaxy S9 Plus to achieve more depth of field.

Also, with the phone’s new “selfie focus” mode, you can blur the background in your selfies to make you the primary focus you and not the environment behind you. Additionally, the rear camera on the S9 supports optical image stabilization which aids in reducing blur and shake.

The Galaxy S9 will be released with two different version: a standard version and a Plus version. The main difference between the two is that the S9 Plus has a second lens on its back. The second lens on the S9 Plus is a telephoto lens that’s main function is creating depth-of-field portrait shots, as stated above.

The S9 Plus additionally has a 2x zoom and the S9 has 1x.