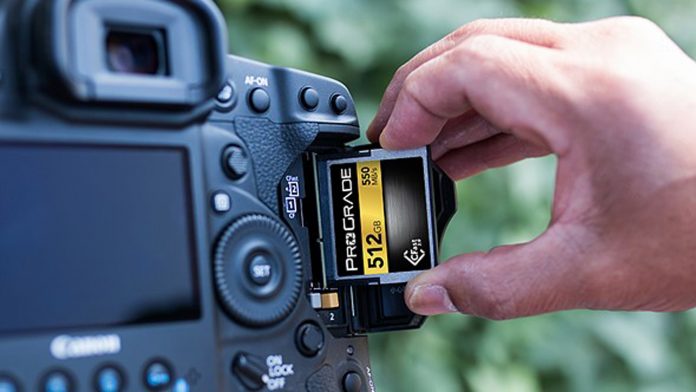 ProGrade Digital, a new memory card company launched last month by former Lexar executives, says they have no plans to develop any XQD cards. Rather, the company is investing their time into the CFexpress format.

Both Nikon Rumors and DPReview have confirmed this to be true after speaking directly with ProGrade Digital.

“ProGrade Digital is not planning to manufacture XQD cards at this time,” ProGrade Digital CEO Wes Brewer told DPReview. “We are however strongly promoting the future standard of CFexpress through our efforts in the Compact Flash Association.”

CFexpress is mostly an update to the XQD format. The idea behind CFexpress was to still be compatible with XQD cameras after a firmware upgrade.

“The CFexpress Type B form factor of this new standard is the successor to XQD, and allows existing cameras that utilize XQD cards to be upgraded to operate with the new CFexpress Type B cards if the original equipment manufacturer (OEM) chooses to update firmware in those devices,” Brewer said to DPReview. “In addition to the option of backward compatibility to XQD cameras, the new CFexpress cards utilize two lanes of PCIe (vs. one lane on XQD) and supports the NVMe (Non Volatile Memory express) protocol, which provides more than twice the interface speed of XQD.”

CFexpress is perceived to be the future for memory card formats and ProGrade Digital is investing heavily into that future, potentially creating a CFexpress card that is over 3 times faster than their CFast 2.0 and SDXC UHS-II memory cards.