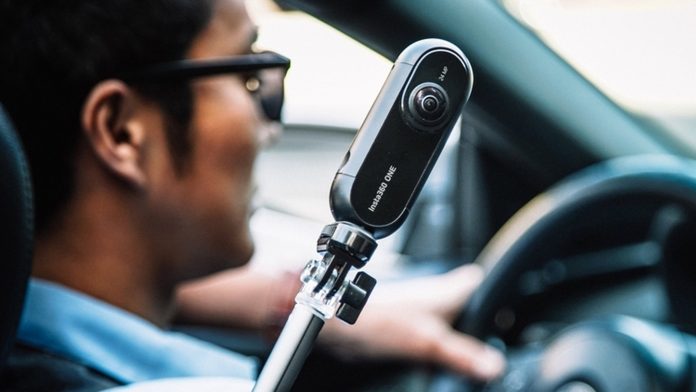 The Insta360 ONE, a 4K 360 camera that can be used with smartphones, has been receiving glowing reviews since its launch about half a year ago. But even with all of the success that Insta360 has seen with ONE, the company still sees room for improvement. Insta360 announced today that the ONE is receiving a “major update” that will add “groundbreaking” stabilization to the 360 camera.

The firmware update adds support for FlowState onboard stabilization. What this means for the Insta360 ONE is better automatic stabilization and a few new editing features.

To prove that the new stabilization update is a true “gimbal killer,” Insta360 pitted the ONE’s FlowState stabilization against a leading smartphone mounted on a gimbal. You can clearly see that the ONE’s clip is much smoother than its competitor in the video below.

“ … the fact that FlowState is native to the ONE, with no accessories required, vastly expands its range of use – allowing users to directly mount the ONE on vehicles, selfie sticks and drones, while still ensuring a stable result,” said Insta360.

Insta360 has added a few new editing tools to the Insta360 ONE. The first of the new features are “Pivot Points,” which allows you to select center points at specific frames of the video that then creates a smooth camera panning movement. The new “SmartTrack” feature lets you pick an object for the app to track automatically.

And the old “ViewFinder” mode has been improved as well, giving you total manual control. “A user can maneuver their phone exactly as they would if they were recording an experience in real-time with their smartphone camera – turning from side to side, and adjusting zoom on the fly. Whatever they capture in their “re-shoot” will be saved as a new video. The possibilities are literally infinite,” Insta360 said about the new “ViewFinder.”

You can also apply a hyperlapse effect from 2X up to 64X when using the “Edit” tool when you are exporting fix-frame clips.