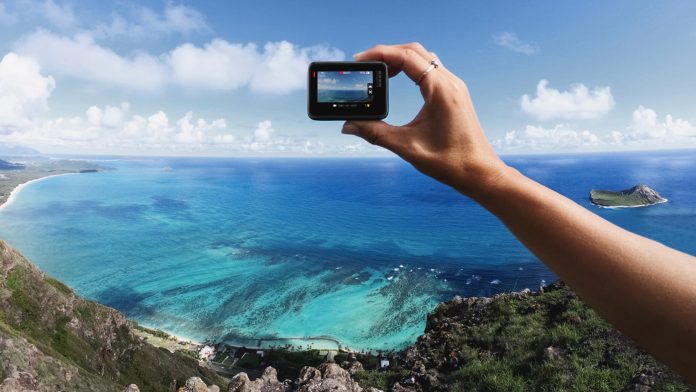 GoPro has released the newest addition to its lineup of action cameras and it’s only 200 bucks. This entry-level action cam is simply being called HERO and it looks almost identical to other GoPro cameras aesthetically, but spec-wise it’s notably different.

The differences between the HERO and GoPro’s more expensive cameras become apparent when comparing their specs. Since GoPro is aiming for it to be an entry level camera, the HERO’s specs are scaled down to a more user-friendly level. The HERO can’t shoot 4K or super-slow-motion, and the photos it takes are 10 megapixels, not 12 megapixels. It also has only one burst shooting option, 10 frames per second, and one time lapse setting, 0.5 seconds per shot.

The HERO will be able to shoot 1080/60p and 1440/60p video and 10MP stills at up to 10 frames per second. Also, since it is an action camera, it will be waterproof at up to 10m (about 33 feet). It’s additionally reported to feature Wi Fi and Bluetooth connectivity, voice control and a 2-inch touchscreen, and it offer compatibility with GoPro’s Quick Stories app.

Will the HERO be GoPro’s hero?

It’s no secret that GoPro’s been having significant financial woes, struggling to make a profit last year which lead to GoPro to shut down its drone division at the beginning of the year and lay off hundred of workers. Nevertheless, GoPro CEO Nicholas Woodman has said GoPro is “committed to turning our business around in 2018,” working to expand the GoPro brand to markets it's never been in. GoPro just signed a deal with Jabil to open its technology to third-party manufacturers, expanding its brand outside of the creative video sector. Now with the HERO, GoPro is expanding its brand even further, putting its cards into the entry-level camera market.

Also, with the release of the Hero, GoPro has said they will begin to phase out the Hero5 Session.

"Our research and feedback indicate that consumers really like having a touch display, so we wanted to give people that familiar feeling at an entry level price, and HERO satisfies that. HERO5 Session will continue to be sold at retailers through the first half of 2018 but is no longer available on GoPro.com," said GoPro in a statement on phasing out the Session.

So if you want to get your hands on a HERO5 Session from retailers, you’ll have to do it now — they won’t be in stores for long.

The GoPro HERO is available now for just 200 bucks. You can learn more about the HERO at Gopro.com.