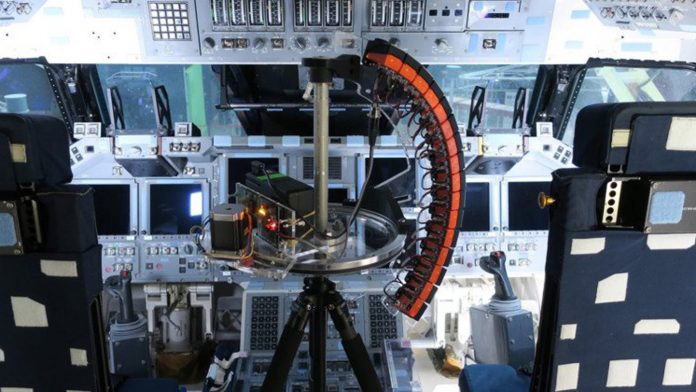 Google announced last week in a blog post that they are beginning to branch into light field photography, revealing that the company had constructed a special 16-GoPro rig to experiment with capturing light fields.

“ …to help create this more realistic sense of presence in VR, we’ve been experimenting with Light fields,” Google revealed in a recent blog post.

The difference between light field photography and normal photography deals with how light is captured. Instead of capturing just the light that comes through the camera’s lens, light field photography captures all the rays of light in a scene andhte points from which those lights originated. This ends up creating a much more realistic feeling and look in VR because the motion parallax and the change in light is closer to how it would be in real life than what current 360-degree cameras can create.

“With light fields, nearby objects seem near to you—as you move your head, they appear to shift a lot. Far-away objects shift less and light reflects off objects differently, so you get a strong cue that you’re in a 3D space. And when viewed through a VR headset that supports positional tracking, light fields can enable some truly amazing VR experiences based on footage captured in the real world,” Google wrote.

To create this 16 GoPro camera rig, Google modified a GoPro Odyssey Jump 360-degree camera rig and bent it into a vertical arch with 16 outward-facing GoPro cameras mounted it onto a rotating platform. The setup takes a minute to rotate completely around and capture about 1,000 outward viewpoints on a 70cm sphere, which provides a 2-foot-wide sphere of light rays.

Light field photography was first made popular by the camera company Lytro, but now it seems that Google is expanding the potential of the technique. While it’s not currently clear what Google will be doing with its new experimental tech, the company wrote that “This is only the beginning, and lots more needs to be done, but we’re excited about this step toward more realistic capture for VR.”