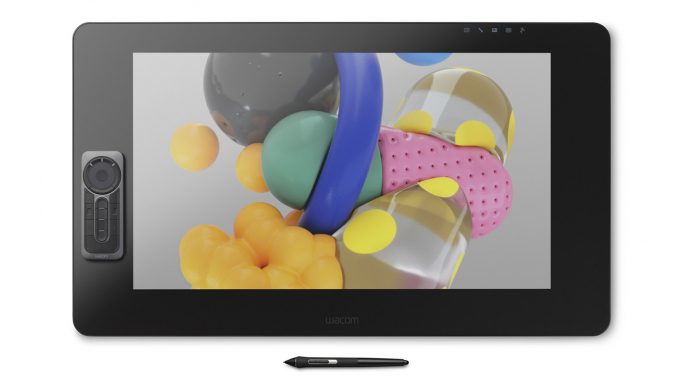 If you aren’t familiar with Wacom’s Cintiq Pro 24 Pen Display, it’s a 24 inch, 4K display that you can hook into your computer and use as a graphics tablet, allowing you to do things like draw or create graphics directly on the display. Wacom announced the Cintiq Pro 24 and a 31-inch version last summer. Now Wacom’s announced plans to release a PC module that can be attached to the back of the Cintiq Pro to transform it into a Windows 10 workstation.

The whole setup won’t be entirely cheap though. The Cintiq Pro 24 Pen display by itself is going to cost 2000 dollars when it is released this March. If you want to get the upgrade to make the drawing tablet a standalone PC, prices are going to start at 2499 dollars for the Cintiq Pro Engine.

The module will feature an Intel Core i5 HQ-series processor, NVIDA Quadro P3200 graphics with 6GB of DDR5 memory, 16GB of RAM and a 256GB PCle Gen3 solid state drive. If you want to spend more to get a more powerful version, there is a model with the Intel XEON processor with 32GB of RAM and 512GB storage for 3,299 bucks. Also, the Cintiq Pro Engine’s memory and SSD are exchangeable and upgradable. Both version will be released this May.

Wacom also reports that the Cintiq Pro Engine will offer VR support, meaning that it will have the capabilities of powering headsets like Oculus Rift. This isn’t entirely new for Wacom, but with the Pro Engine, VR users will be able to create VR content directly on the display rather than having to test the content elsewhere.