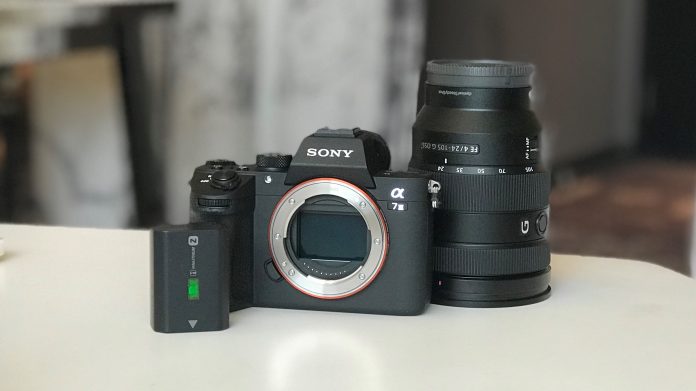 After the impressive performance of the A7R III, Sony’s announced a new “basic” model to their full frame mirrorless camera line, that being the A7 III, the successor to the A7 II. Initial impressions of the full-frame A7 III seems to paint it as a capable camera for an affordable 2,000 bucks when factoring in all that it has to offer. It’s got a 24.2 MP sensor, internal 4K HDR video capabilities that are downscaled from 6K, 5-axis optical stabilization and “the world’s longest battery life of any Mirrorless camera,” according to Sony.

When the A7 III records 4K video it “uses full pixel readout without pixel binning to collect about 2.4x the amount of data required for 4K movies,” Sony says, “and then over-samples it to produce high quality 4K footage with exceptional detail and depth.” The camera can also record Full HD at 120fps at 100Mbps if you opt for that option.

A HLG picture profile is also offered on the A7 III, along with S-Log2/S-Log3, Zebra, Gamma Display assist and proxy recording.

The A7 III’s image sensor readout speeds are twice as fast as the A7 II’s.

Sony’s paired the A7 III’s 24.4MP CMOS image cense with a front-end LSI and an updated BIONZ X processing-engine that they report boost processing speeds by about 1.8 times when compared to the A7 II. The results of these two elements working together allows the A7 III to shoot full frame stills up to 10 fps in RAW or JPEG (177 images for JPEG, 89 images for compressed RAW and 40 images in uncompressed RAW) and offer and ISO range of 100 – 51,200 that’s expandable to ISO 50 – 204,800 (for still images).

The A7 III as well features a 15 stop dynamic range at low sensitivity, output of 14 bit RAW and 5-axis optical image stabilization that provides 5-stops of shake compensation. Also, in live view mode it can shoot at up to 8fps.

Sony reports significant advancements to the A7 III’s AF.

The A7 III some major improvements over the A7 II. It has 425 contrast AF points that works with the A9’s 693-point focal-plane phase detection AF system. This AF system covers practically 93 percent of the camera’s frame.

The AF response and tracking have been updated too, with almost two times the focusing speed in low-light situations and two times the tracking speed when compared to the A7 II. Also the A7 III has the Eye AF feature, even in AF-C mode.

Sony reports that they’ve extended the A7 III’s battery to last up to 710 shots per charge, which would make it the world’s longest lasting Mirrorless camera battery life. The battery the camera uses is Sony Z series battery NP-FZ100 that lasts twice as long as the A7 II’s W series NP-FW50 battery.

The A7II is additionally equipped with dual SD card slots, USB Type-C, a 2.3-million-dot OLED electronic viewfinder, an Anti-flicker function in fluorescent and artificial lighting, a My Menu feature that allows users to register up to 30 menu items for quick selecting, Wi-Fi and a frame like the A9 and A7R III, so it’s compatible with all E-mount accessories.

To learn more about the A7 III, go to Sony.com.