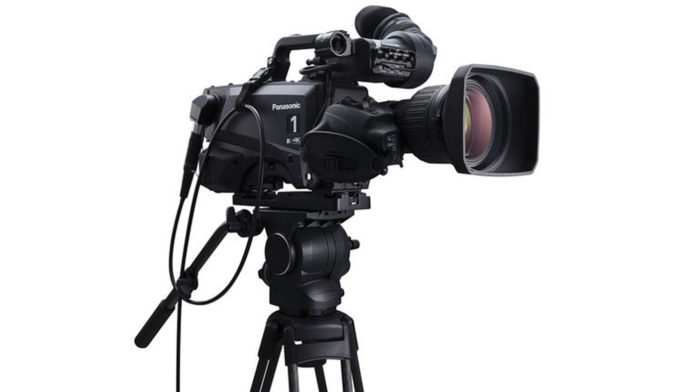 Panasonic has unveiled their newest studio camera, the AK-UC4000. The AK-UC4000 is in the same family line as the AK-UC3000 4K HDR capable-camera and the AK-HC5000 1080p 4x high-speed HDR capable-system, and it offers familiar features found in both of those cameras, while also featuring a future-proof infrastructure and will “[raise] the bar for 4K HDR performance,” according to Panasonic. Panasonic also annouced the AK-UCU600 CCU, a camera control unit which offers power up to 6,600 feet.

The UC4000 is aiming for live sports productions and high-end event broadcast market with Large Single Sensor Internal Expansion Lens optics and Panasonic’s super 35mm image sensor capable of capturing 4.4K native resolution. It has the same broadcast lens compatibility and operation and has the same form factor as previous models in the line.

Along with the UC4000, Panasonic has revealed that they will be releasing a new Camera Control Unit, the AK-UCU600. This CCU provides power up to 6,600 feet over hybrid fiber and has the same features as the AK-UCU5000. Those features include simultaneous multiple format output with simultaneous 4K, 1080p and HD outputs, simultaneous HDR and SDR output with HDR / SDR offset adjustment for SDR shading of HDR content, multiple data and video trunk lines and IP control and a compact 2U design.

To learn more, head to Panasonic.com/broadcast.