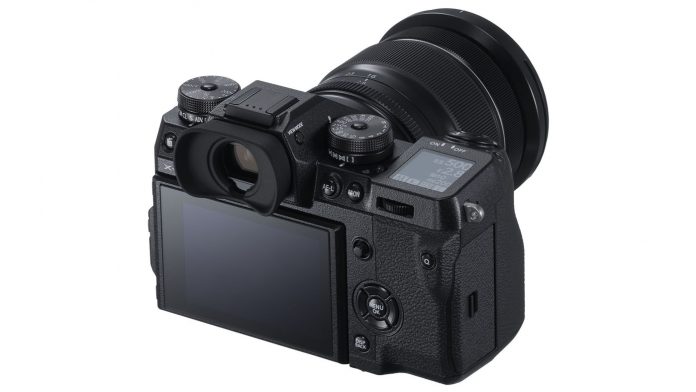 Fujifilm just dropped the announcement for their latest APS-C mirrorless camera in their popular X-series and it’s the X-H1. It seems to have a couple of similarities to Fujifilm’s X-T2; for instance, it’s got the same 23-megapixel APS-C X-Trans III sensor. But thankfully for us, Fujifilm this time seems like they’re specifically targeting videographers rather than photographers, whom the X-T2 caters to. With features like true DCI 4K video and 5-axis in-body stabilization, the X-H1 could turn out to be a huge step for Fujifilm into the video marketplace.

For autofocusing, the X-H1 has a 325-point intelligent hybrid AF system with a better low-light detection AF limit that’s 1.5 stops lower, from 0.5EV to -1.0EV. The minimum aperture during this autofocusing has been upgraded from f/8 to f/11.

However, the X-H1 shoots 8-bit instead of 10-bit video, so there will be a less rich color palette on the X-H1. And sadly, there’s still no built-in headphone jack, just like the X-T2.

One of our biggest qualms we had with the X-T2 when we reviewed it was its lack of in-body stabilization, so it’s music to our ears that the X-H1 will feature 5-axis in-body stabilization. It’s the first camera in the X-series to feature this feature, ultimately meaning that you’ll be able to achieve optical image stabilization with any lens that you attach to the X-H1.

Fujifilm state the X-H1 harnesses three axial accelerometers, three axial Gyro sensor, and a dual-processor so it can achieve about 10,000 calculations per second, offering up to 5.5 stops of shake reduction.

The X-H1’s body looks a lot more hefty than a lot of the other X-series cameras, having a grip designed for professional videographers. Its body is dust and water resistant and has two dual-dials that allow you to control its shutter speed, ISO and shooting and focus modes, eliminating a lot of menu navigation.

It also has a top LCD that displays information like shutter speed, f-stop, ISO and shooting modes.

You can learn more about the X-H1 by reading its press release.