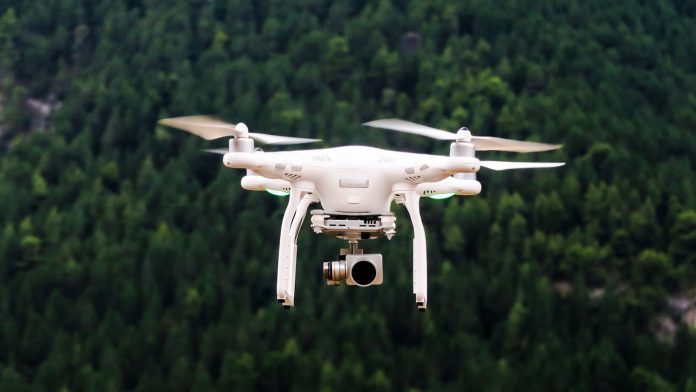 There are investigations into a helicopter crash in South Carolina this week that could have possibly caused by a public drone, according to Bloomberg. If this is true, it will be the first drone-caused aircraft crash in US history.

The whole thing happened this Wednesday when a student pilot and an instructor were flying a helicopter practicing maneuvers about 50 feet above the treeline. The student and instructor have told investigators that while in mid-flight a white DJI Phantom appeared right in front of the helicopter. The instructor took control of the aircraft trying to avoid a collision, but the tail of the helicopter came in contact with a tree and caused the aircraft to crash.

Luckily, neither the instructor or student was injured, however the helicopter’s tail suffered major damage, according to a source that was informed about the incident.

The FAA has not confirmed if the drone played a role in the crash, but Bloomberg reports that the National Transportation Safety Board is aware that a drone could have been involved and are keeping that in mind while investigating.

Under US law, drones are restricted to 400 feet above the ground and must be within site of its operator, but the FAA has reported thousands of possible incidents that could have been caused due to these rules being broken.

DJI has responded to the investigation, stating that they do not have much information on the incident, but that they are committed to keeping drones away from aircrafts. “DJI is trying to learn more about this incident and stands ready to assist investigators,” the company said in a statement. “While we cannot comment on what may have happened here, DJI is the industry leader in developing educational and technological solutions to help drone pilots steer clear of traditional aircraft.”

The only confirmed US drone-related aviation accident happened when a drone stuck and dented a US Army Black Hawk helicopter. However, that incident didn’t result in the helicopter crashing.