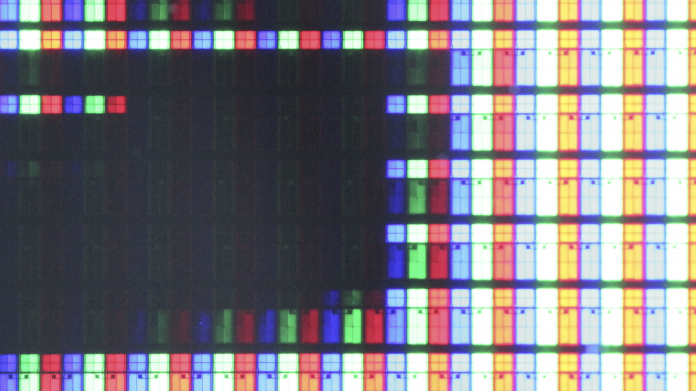 While most of us probably know how our TVs work in theory (the pictures it’s projecting aren’t actually moving, instead our TVs continually flash a series of still images very very fast to make it seem like they are in fact moving), a lot of us haven’t actually seen the process in real time.

So, Science and technology entertainment YouTube channel The Slow Mo Guys, set out with a high-speed Phantom Flex and Phantom V2511 cameras to record between 1,600 and 380,000 frames per second (fps) to show us how fast and hard our TVs are really working when we have them on.

Gav Free from Slow Mo Guys first films an old CRT TV, showing us how fast it’s refreshing the pixels it’s displaying, starting with it in real time and then filming it at a very slow speed. At 1,600 fps, you can see the TV’s scanline moving down the screen and at 2,500 fps, you can actually see each individual frame being made from top to bottom. Slowing down even further, at 28,500 fps, you can see that the frames are being created from left to right.

Basically, this demonstration shows that the screen is refreshing each individual pixel one at a time as the image on the screen is changing, and it has to do this at lightning speeds and creating the illusion of movement.

He as well talks about how our TVs are able to make the illusion of color by going into subpixel levels, which are the three pixels that make up a single pixel. Crazy close if you think about it. The three pixels are red, green and blue (RGB), and these are the pixels that make the illusion of color. When dimming and brightening different subpixels, they can create what looks to be millions of different colors.

So whenever you turn on your TV, you’ll now know that it’s working incredibly hard to make still pictures look like they are moving and to mix red, green and blue pixels together look like other colors.