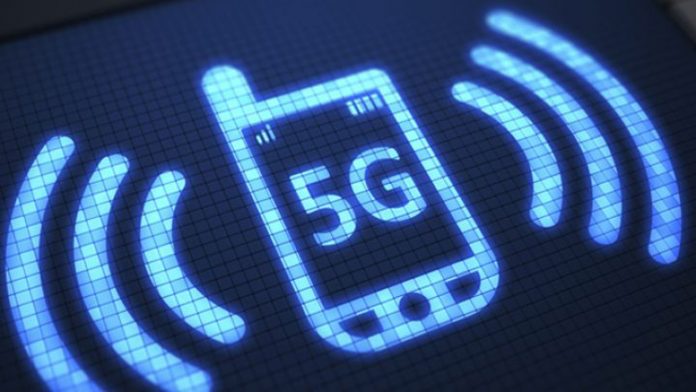 This weekend, Axios released a report detailing a PowerPoint deck and a memo from the National Security Council that called for the U.S. Government to actually build and operate their own 5G network, taking over a large portion of America’s mobile network. Many of today’s video productions relying heavily on being able to communicate and sending priceless content over wireless networks, and this proposal could potentially change how those networks operate.

Document declares strongly that the only way for the U.S to truly secure its nation’s wireless networks against China, which the document claims is threatening America’s economic and cyber security because they are “winning the AI “‘algorithm battles.’” So, to combat China, a senior National Security Council official proposed the idea of America centralizing a nationwide 5G network within three years.

The 5G is expected to deliver data up to 100 times faster than any mobile tech today and also lower lag times as data moves across the network. And while 4G was geared more to mobile, 5G would branch out to include a wide range of products, like self-driving cars and virtual reality that relies on very fast connectivity, which would help keep the U.S. ahead of China.

Axois, saying that were will be fierce debate in the Trump administration about how this network will be built and paid for over the next 6-8 months, reported that the document presented two different courses of actions the administration could take.

Option 1: The U.S Government would pay for and build a single network.

This would mean for the nationalization of America’s wireless networks, allowing the government to own and operate an infrastructure that’s been historically privately run.

Under option 1, the memo says that after the government builds the network itself, they would then rent access to carriers like AT&T, Verizon and T-Moblie. This changes the current system that allows these companies to individual build their own systems and lease airwaves from the federal government. The memo as well says the federal government will be able to create a federal process for installing wireless equipment, eliminating states and cities ability to make their rules about where the equipment can go.

Going with this option would mean wireless providers would be able develop their own 5G networks ( into which many are already investing) and would be able to compete with each other, causing “less commercial disruption,” according to the document. However, the document goes on to claim that this option could take longer and cost more than option 1, ultimately making it not an option according to the authors.

Reactions to the Proposal

Since reports came out that National Security officials working under Trump were considering building a 5G network, there’s been immediate criticism from analysts and experts.

Also, all five FCC commissioners have spoken out against the proposal, and it would need to be approved by the FCC if it was going to be implemented. FCC Chairman Ajita Pai declared that he opposes "any proposal for the federal government to build and operate a nationwide 5G network” later adding that “Any federal effort to construct a nationalized 5G network would be a costly and counterproductive distraction from the policies we need to help the United States win the 5G future.”

The Trump administration has said that the document that Axios is reporting on is dated and was never a serious proposition.