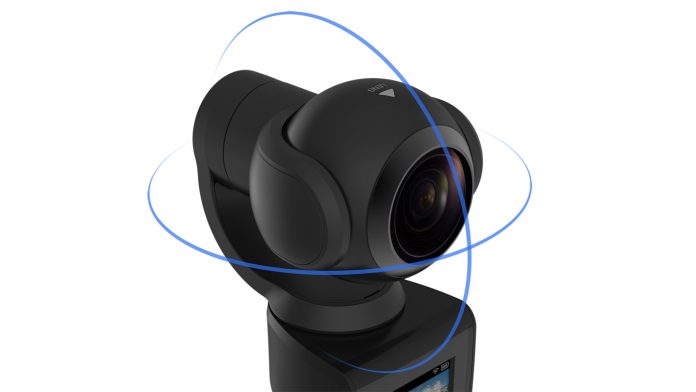 REMOVU debuted its first camera at CES 2018, the REMOVU K1. The camera is a self-stabilizing 4K handheld action cam that also has built-in LCD screen and is reported to offer up to 4 hours of recording on a single charge.

The K1 comes with a 1/2.3” CMOS 12MP sensor, a F2.8 wide angle lens and a 3-axis gimbal. It as well has a focusing length of 50 cm, and as said before, the camera shoots 4K at 30 fps. Its video modes include a normal mode, pan mode, a follow mode, a slow motion mode (Full HD at 120 FPS), a timelapse mode, and a selfie mode that utilizes its built-in LCD screen so you can see what you’re recording while filming yourself, making this camera useful to vloggers if they like to walk and talk while vlogging.

Check out some sample footage from the K1 below:

The K1 also can take 12 MP photos and has a number of modes, like Single Shot, Burst, Timelapse (normal or motion), and Panorama.

It’s dimensions are 5.8 x 7.0 x 21.6 cm and it weighs 340 g, including its battery. And speaking of its battery, the K1’s interchangeable battery can last up to 4 hours of continuous shooting and it charges by USB cable, not a charger.

The K1 additionally as a high-quality built-in microphone, according to REMOVU, but you can choose to use the camera’s 3.5 mm jack to connect an external microphone if you want. REMOVU says that a high-sensitivity Omni-directional microphone will come with the K1’s accessory kit, which also includes a docking station, a lens cover, protect film, a lens cleaner, and a wrist strap.

And there’s a REMOVU K1 app, available for both iOS and Android devices, that lets you control the K1 remotely and preview your footage.

Currently, the REMOVU is running an Indiegogo campaign for the K1 and have reached 699% over their backing goals. It’s running for $429 and you can preorder it now at removu.com.