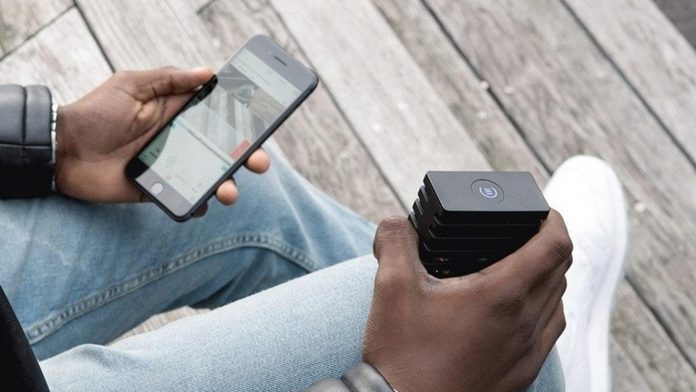 With everyone having smartphones nowadays, we all have pretty capable cameras in our pockets, but our phone’s internal mic isn’t always ideal, especially when you’re out in the elements with wind blowing everywhere. There’s a lot of portable recorders and microphones you can use to help improve your audio recording, but the Mikme looks like it’s step above most recorders on the market.

The Mikme is a wireless microphone and audio recorder that’s meant for capturing studio worthy audio on your smartphone, capturing 24-bit/96 kHz audio. However, the quality will be lowered to 44.1Khz when you’re sending it to your phone; that’s still CD quality though. It can as well automatically sync with a video that you shot on your iPhone, allowing you to record on the go. And since it’s wireless, it doesn’t need to be attached to your phone for it to work.

The big feature with the Mikme is its ability to be a source mic and being synced up with your phone, allowing you to hit record and the mic will start recording with it. To be able to use the Mikme with your iPhone, you have to connect it as a Bluetooth device. From there, the company’s Mikme app (which is currently only avaliable for iPhones, but an Adriod version is coming) will recognize the mic and allow you to use remote audio recording with the mic or synchronize recording with your mic and phone.

Inside the mic metal case, you can its 1-inch, gold-plated condenser capsule, which is similar to expensive large diaphragm mics. It’s also got in spider suspension that minimizes outside noise.

The mic is 500 bucks, which may big turnoff to some, but it seems like it offers a big boost to iPhone audio quality, which may be essential selling point to those who often film on their phones If you are interested in the Mikme, you can learn more about it at mikme.com.