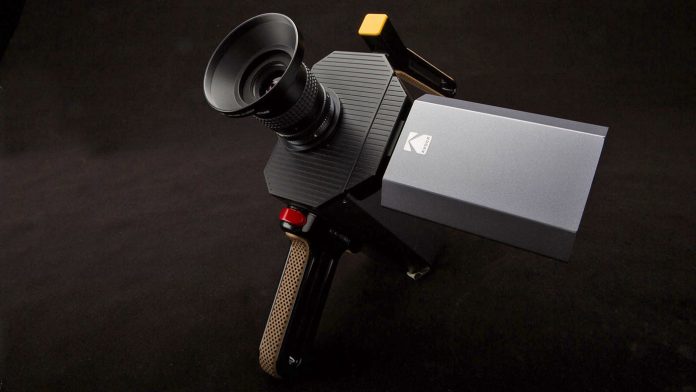 We here at Videomaker have been excited about Kodak’s new Super 8 film camera for some time now, having awarded it a Best of CES 2016 Spotlight Award two years ago. Sadly, Kodak’s recently ran into some financial trouble, having lost $46 million in last year’s third quarter coupled with a lay-off of up to 425 workers. But, they assured all of us that the Super 8 film camera was still a thing, and that it was still under development despite financial setbacks.

At CES 2018 last week, Kodak's Holger Schwaerzel and Steve Parsons explained that one of reasons it’s taken so long for the Kodak to move forward with the Super 8 camera was because Kodak’s partly forgotten how to develop film cameras and had to relearn the technology behind it.

"Our biggest challenge has been rebuilding the engineering knowledge that's been lost over the last few decades since the last Super 8 cameras were produced in volume," said Parsons. "Our design engineers have had to re-learn lessons that at one time were common, accumulated knowledge in the industry, so there's been some trial and error as we've gone through that process."
Though there is still no definite release date for the Super 8, Kodak’s just released some sample footage shot on the camera that packs a pretty powerful nostalgic punch, in all of its soft grainy, high contrast and low resolution glory.

It really appears that Kodak has been able to tap into the true spirit of the Super 8 and deliver its beautifully outdated aesthetic. The only real kicker here is that Kodak’s now asking around $2,500 to $3,000 for the camera, which is crazy considering that with that price range you could get a good and current digital camera. You could also get a cheap original Super 8 camera online for less than $300. Kodiak did plan to release a limited edition version version in fall 2016 around $400 to $700, with an even less expensive version coming sometime in 2017, but that doesn’t seem to be the case now. Nevertheless, Kodak believes that the Super 8’s nostalgic charm will be enough incentive to get people to go and buy it.

The camera really is a combination of old a new; it features a 3.5-inch LCD, variable speed control and C-mount lens support, while also shooting on film. Now, while shooting on film in today’s times may be a bit inconvenient, Kodak promises that shooting on the Super 8 camera will be as easy as shooting on a DSLR, and they have rolled out a new online platform called Kodak Darkroom. It will let you purchase film and, once you’re done shooting, you send it off to Kodak and they will process and digitally scan the film and upload your content to Darkroom where you can access it.

Kodak promises that the Super 8 camera will be released sometime in 2018. You can learn more about it at Kodak.com.