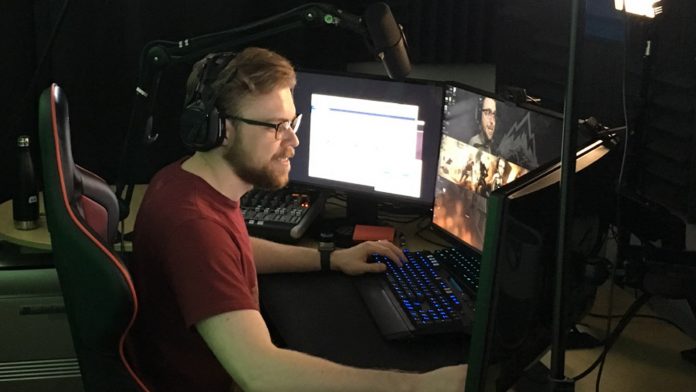 To be clear, the program isn’t open to everyone, unlike YouTube and Twitch. For now, only gamers selected by Facebook will be allowed into the program and have the capabilities of monetizing their videos, and Facebook is in no rush to change that.

“We’re trying to figure out how we build a system that helps us scale support and manage these parties effectively so that they have a great experience working with Facebook and so our audience on Facebook,” Guy Cross said, Facebook’s head of games partnerships for North America. “One of the key things we’re going to make sure of is that creators who come onto our platform are adhering to our standards.

“We aren’t opening the floodgates; we want to be very careful with who we choose. We have learned from other platforms, and we do want to bring what’s special to Facebook.”

And as stated above, the program’s monetization opportunity is purely through fan support. Facebook says that users who want to support their favorite creators in the program can tip them during live streams. The tip must be a minimum of 3 dollars. The tipping feature will only be available through desktops at launch.

Facebook has said they’re open to trying out other monetization systems in the future, according to Cross. It's good they're open to more experimentation since Facebook will need to develop more monetization systems to create something that is both efficient and, very important, something that’s liked by creators. That’s what is ultimately going to keep them happy and creating content on Facebook.

“We expect to try out other monetization services in addition to those down the road,” Cross said. “When it comes to our video platform, we’re entering partnerships where we’re paying our partners to deliver content and help us see the ecosystem and test to see what type of content plays to their strengths. The real plan, over the long haul, is to have these other monetization services take lift and provide these sustainable growth opportunities these creators and publishers will depend upon for the long run.”

Facebook will be taking a share of the revenue, but it isn’t clear yet how large of a percentage they’re going to take. YouTube makes 30 percent off its Super Chat tipping and Sponsorships subscription payments, and Twitch makes 30 percent from its Cheering tipping system, so it’s probable that Facebook’s revenue share percentage will be similar since they are clearly in direct competition with those platforms in trying to attract creators.

To get into the Gaming Creator Pilot Program, you have to apply first. Facebook says that they’re adding “dozens” of diverse gamers currently, so if you want to apply, you can do it on Facebook’s gaming page. Some of those creators that will be in the program include StoneMountain64, who is one of the most popular gamers on Facebook obtaining over 1 million followers last year. Misses Mae, Doom49, and The Warp Zone will also participate. Facebook’s contracts with Pilot Program creators vary, for instance, some deals request exclusive content and others request live or VOD posts, according to Facebook’s Gaming Creator Program lead John Imah.