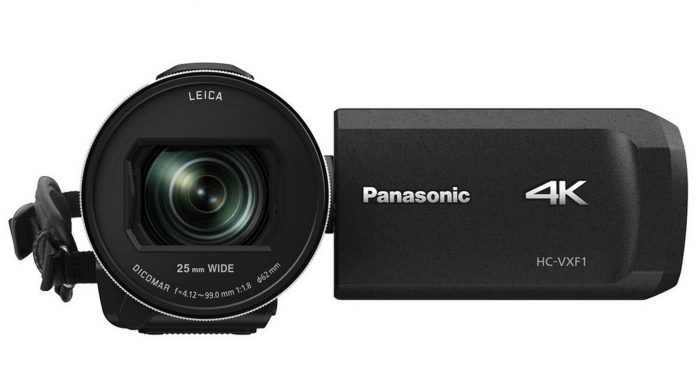 Panasonic’s big GH5S announcement (and winning our Best Camera at CES 2018 award) isn’t the only piece of news coming from Panasonic at CES 2018. They also unveiled two new 4K camcorders, the HC-WXF1K and HC-VX1K, and a entry level cam, the Full HD HCV-800K. All three of them are said to have better low-light performances than previous models.

There’s a lot that the HC-WXF1K, HC-VX1K and HCV-800K share in common, like the same new backlit 1/2.5” sensor, which Panasonic says offers 1.7 times better performance in low light than older models. The sensor is paired with a new LEICA DICOMAR lens with a maximum aperture of f/1.8 that should further the camera’s low-light performance. Noise supression also aids in capturing video in low-light situations.

The new lens feature a 24X optical zoom with a focal length range of 25-600mm. The new cameras also have enhanced stabilization through a new Hybrid Optical Image Stabilization technique. To further elaborate, Panasonic explains that the five-axis system combines a new Ball OIS, which lets the camera stabilize smaller movements better by reducing the wear on the system with tiny ball bearings, and an Adaptive OIS that automatically adjusts the settings based on the camera’s movements and shooting conditions.

The HC-WXF1K and HC-VX1K do possess a few features that the HD HC-VX1K doesn’t have, making them more appealing to professionals. They have 4K cropping modes that allows you to crop you footage to HD quality to add different effects, like using facial recognition to follow a fast subject and electronically stabilize the shot. The 4K models also have the 4K Photo modes that allow for features like fast burst modes.

Looking at the HC-WXF1X individually, which is the most advanced and priciest of the trio and the one that Panasonic campaigns as their “flagship”, it has an electronic eye viewfinder and quick access buttons to Variable White Balance, Focus Expand and Peeking and Custom Autofocus. There’s a tiltable Electronic Viewfinder and a Manual Ring for fine-tuning the focus, zoom and iris.

Prince and release dates for the HC-WXF1K, HC-VX1K and HCV-800K have not yet been released by Panasonic, but we expect them to come sometime in the near future.