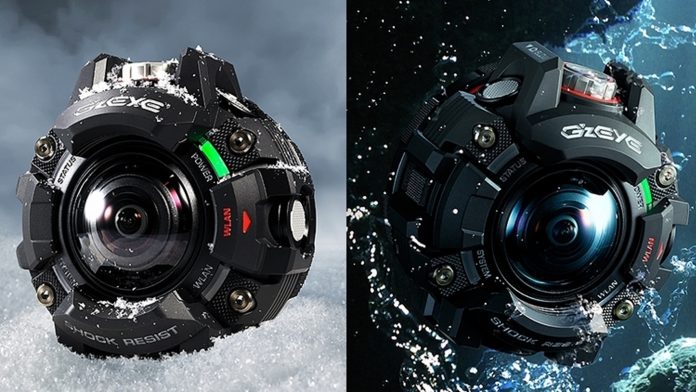 Announced back at the end of November last year, we all got a chance to check out Casio’s GZE-1 camera at CES 2018. The GZE-1 camera is branded as a highly tough camera that’s meant for shooting in extreme sports in harsh conditions. It’s the first camera in Casio’s G’z EYE line.

Now, I’m going to address the obvious here that we’re all thinking: it looks a lot like a G-Shock watch with a lens in the middle of it. But that’s what Casio intended, explaining that they used the G-Shock line for heavy inspiration when designing the camera.

The key feature with the GZE-1 is really its durability, which was also a key feature for the G-Shock watches. It’s reportedly shock-resistant, waterproof, dustproof and low-temperature-resistant. It can withstand a drop of 4 meters, it’s waterproof down to 50 meters, it’s dustproof to the IP6X standard, and it can work at -10°C. It’s made with urethane resin for shock protection and it has double gaskets for the buttons to keep water out.

Additionally, you can use Casio’s newest Pro Trek Android Wear watch as a viewfinder, but if you don’t have one, there will ba a G’z app that you can get for your phone.

There isn’t a global release for the GZE-1 yet, but it currently is running for 46,000 yen in Japan, meaning we can probably expect it to be around $400 in the US.