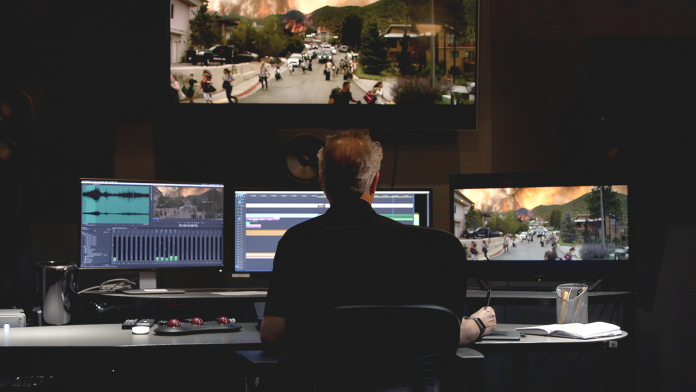 How would you respond to the request of editing your next film on a system you’d never used before? It would be pretty scary right? Billy Fox, editor of the new film “Only the Brave” did just that. “Only the Brave” is a story of 20 hotshot firefighters and is based on a true story. The visual effects empower this character-driven story.

This was no simple task. “This was the first movie I’ve ever edited on Premiere” Fox said. However, he was up for the challenge. Because he had lots of experience with Final Cut Pro 7, Fox says he was quickly able to get up to speed with Premiere. “My whole career has been moving from one editing system to another.”

Fox, along with the rest of his production crew, used more than just Premiere Pro; they took advantage of the full Adobe Creative Cloud. Even with these tools, first assistant editor Jamie Clarke was still a bit skeptical. “I was very hesitant at first, but when I really started getting into it I realized how much easier it is to get information in and out” said Clarke.

Visual effects editor Jon Carr had a big task in front of him for “Only the Brave.” He was tasked with creating many in-house visual effects. “We did a variety of visual effects in-house within After Effects. When I initially started doing the final visual effects it was a little bit terrifying because I was delivering my shots next to [Industrial Light & Magic]. I’m just a little guy sitting in my office across the hall from the director and I have to deliver files that match their files exactly. And I was able to do that with After Effects, which was very cool.”

The strength of Dynamic Link, found in Premiere Pro, After Effects and Audition make round trip workflows possible, removing the necessity for intermediate rendering. Adobe Creative Cloud now goes even further to strengthen and speed up your workflow, enabling creatives to share projects between users. The production team for “Only the Brave” was the first to work on with Shared Projects.

Shared Projects allows different team members access to the same project simultaneously. Clarke says “Every project has a name next to it and whoever has that project open, that’s who’s working in it.”

Because Creative Cloud allows for much more in-house work, Fox kept the grading close to home saying “Using Adobe’s Lumetri color tools, all color correction for all of our screenings and previews were all done in house.” Fox continues “I like an editing system that keeps rolling and you’re able to gain momentum in the workflow. All I do is hit play and make the changes, and it worked great”.

The team was also creating DCP’s (Digital Cinema Package) in house. Clarke says “Normally with DCP’s you send them to an outside vender and it takes about 72 hours turnaround. [Instead] we would take from Premiere Pro, send it to Media Encoder and then Media Encoder would use the Wraptor plugin to encode a DCI standard DCP for us, which saved a lot of time and money.”

When speaking about Creative Cloud, Carr says “All the tools are there to make a film, you can do absolutely everything.“ Further, Fox says “the editing system doesn't get in your way, and allows you to facilitate the vision you think in your head, that you’d like to be able to do. And the system says ‘yeah I can do that.’”

Click here to see the video about “Only the Brave” and their experience with Adobe’s Creative Cloud.