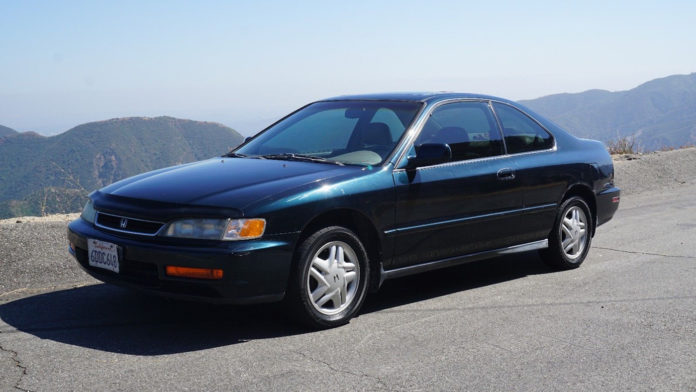 “Luxury is a state of mind,” filmmaker Max Lanman proudly wrote into the script of his now viral commercial that Lanman created to help his fiance, girlfriend at the time, sell her used 1996 Honda Accord. Luman wanted to help her out and he felt the best way that he could was to use his skills as a videographer to create car commercial that would fit right in with any other car commercial on TV.

The commercial took an entire crew to make. Lanman wrote, directed, edited and operated a drone for the sky shots featured in the commercial, and; he created all the foley sounds. The project also required a cinematographer, an actress, a voice-over actor, a stunt driver, a sound designer, and even a composer so the commercial could have an original score.

Lanman thanks his fiance for letting him shoot this commercial, noting that it took him a while to actually make it. “A huge thanks to Carrie for letting me do this, even though it took me a lot longer than I had planned,” Luman says.

Even though the video took a while, the ending result is nothing short of brilliant. It’s so brilliant that video gone viral within a day of being upload. But viral success isn’t the only thing that this commercial has brought Lanman. The original asking price of $499 has been bid up to $21,100 with 90 bids on eBay. The car reportedly worth around $1,500, according to the Kelly Blue Book, assuming that the car is in great condition.

It looks like Luman taking the time to make a commercial really paid off! It comes to show that if you use your video skills in unexpected ways, like shooting a car commercial for a used car, you could get a lot in return.