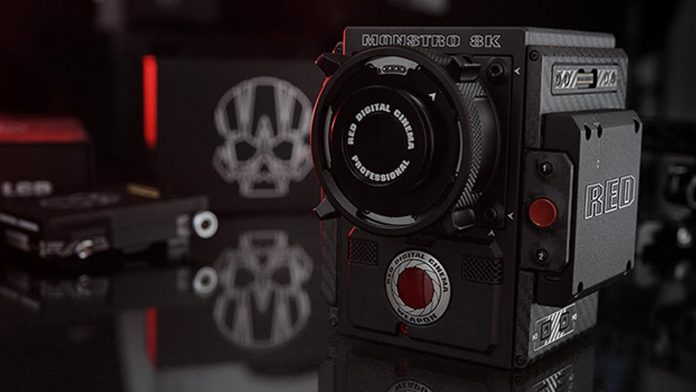 RED’s latest sensor for WEAPON cameras, the Full Frame MONSTRO 8K VV, looks like a monster of a sensor that RED say is “an evolutionary step beyond the DRAGON 8K VV sensor.” It was introduced to the world on October 5th after RED released a press release and uploaded a video introducing the sensor onto their YouTube Channel.

RED says that the MONSTRO 8K VV has image quality, dynamic range and shadow detail beyond what the DRAGON 8K VV is capable of. Jarred Land, the President of RED Digital Cinema Inc., had this to say on his Facebook page: “MONSTRO 8K VV. All new Pixel Design. 2/3rds of a stop greater dynamic range than Dragon VV. In Camera IPP2 and increased color accuracy.”

The MONSTRO 8K VV is reported to give the RED’s WEAPON 8K VV full format motion at up to 60 frames per second and produces 35.4 megapixel motion and stills while keeping noise low. Check out a video RED uploaded to their Vimeo account that compares the MONSTRO 8K VV’s and DRAGON 8K VV’s noise levels. The video demonstrates vast noise improvements with MONSTRO 8K VV over its predecessor in a high ISO image scaled to 400% in low-light settings. At first, it's hard to see much of a difference, but once the video zooms into 400%, the different is bright as day.

“RED’s internal sensor program continues to push the boundaries of pixel design and MONSTRO is the materialization of our relentless pursuit to make the absolute best image sensors on the planet,” says Jarred Land, President of RED Digital Cinema. “The Full Frame 8K VV MONSTRO provides unprecedented dynamic range and breathtaking color accuracy with full support for our IPP2 pipeline.”

With RED’s announcement of the WEAPON 8K VV, it seems to further indicate that there is a shift happening in Hollywood productions — filmmaker are beginning to embrace using Full Frame cameras. Sony’s Venice, another Full Frame cinema camera announced earlier this year, provides another example of pro cinema cameras straying from the current Super 35 standard. Before the WEAPON 8K VV and the Sony Venice, Full Frame was mostly used by photographers with a few DSLR/Mirrorless video shooters having access to it. The move to Full Frame senors would give Hollywood productions much more to work with in post-production when editing footage.

The new WEAPON with MONSTRO 8K VV sensor will be priced at 79,500 dollar for the camera BRAIN only. Upgrades for carbon fiber WEAPON customers are available for 29,500 dollars. The Monstro 8K VV will replace the current RED DRAGON 8K VV sensor in RED’s lineup and RED customers who have previously placed an order for a RED Dragon 8K VV sensor are being offered the MONSTRO now. New orders will begin shipping in early 2018.

Go to red.com for more info.