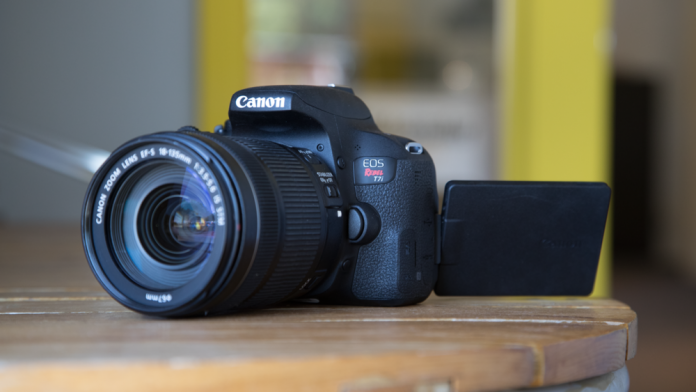 It's no secret the smartphones have taken a major chunk out of the camera industry. Both the consumer video camera and point and shoot categories have been all but decimated. And while it's mainly the fact that smartphones put competent cameras into consumers pockets that hurt the camera industry so bad, smartphone makers are also out-innovating camera makers with newer, smarter features. It's high time the camera industry brought some of these smart features to dedicated cameras and attempted to innovate beyond them.
Cameras have had face detection for some time that improves auto-focus, but The New York Times recently reported that the next iPhone will feature an new 3D scanner that will take facial recognition to new levels. Currently facial recognition works by analyzing two dimensional images. The Samsung Galaxy 8 uses classic facial recognition to identify specific people for security — it has to "see" its owner before the phone unlocks — but it can be fooled with a printed photograph. The new iPhone will know that what it sees actually exists because faces will be 3D scanned in real-time.
The new iPhone also identifies what kind of scene the camera is pointed at and it adjusts the camera settings accordingly. Leaked code identifies Baby, BrightStage, Document, Fireworks, Foliage, Pet, PointLightSources, QR, Sky, Snow, Sport and SunsetSunrise scenes and presumably optimizes the camera for each.
One could argue that these features are gimmicks or are unnecessary for serious photographers and videographers, but I disagree. Indeed, your camera doesn't need to facial recognition security features, but just imagine how useful it would be if your camera could identify a specific person and keep them in focus. Photo journalists trying to capture images of the president could set their camera to look for Donald Trump and keep him in focus whenever he's in frame, regardless of who else is in the shot. Additionally, by using 3D scanning, cameras could theoretically keep focus on people, even if their face is partially obscured — like if they turn their head — rather than snapping focus to a second, more visible face.
Cameras could also incorporate voice recognition currently used to good effect in smartphones and smart speakers like Amazon Echo and Google Home. GoPro has dabbled in this with the HERO 5 and Session, but their implementation is hardly smart. You have to use precise wording, and giving voice commands when multiple GoPros are present applies commands to every GoPro that hears them.
Imagine shooting video of yourself where you don't have a dedicated camera operator. First, it'd be nice to use voice commands to start and stop recording and play back recent takes. But imagine how great it'd be to also tell your camera "keep me in focus" without it getting confused when new objects or people enter frame. It'd be amazing to say "lower the mic gain by five decibels" or "increase the ISO to 800."
On a more practical level, it'd be nice if cameras were better able to analyze a shot in general. Apple's new scene detection would be useful even to pros, who might use it to switch between custom presets. Furthermore, the camera knowing what parts of a frame are more important than others would be nice. Cameras currently recommend exposure based on a metered area being on average middle grey, but it'd be great if the camera knew what parts of the metered area could be ignored when making its calculation. For example, white stripes in the road shouldn't throw off the light meter when a car is clearly the main subject.
One could easily argue that these features would never be used by serious photographers or videographers, or could be useful if they worked, but they would never work as intended. I won't argue against either point. However, it really should be camera companies that are innovating new, smart features in cameras. Currently smartphone makers are eating camera makers' lunch. No one expects perfection right away, but we should expect camera companies to give smartphone companies a run for their money in the camera innovations.