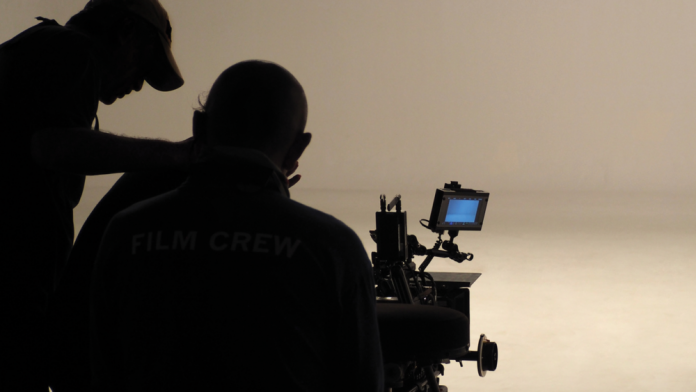 We think a lot about words here at Videomaker. Over the years the word that has vexed us most has been "film" and by extension "filmmaking" and "filmmaker." For the majority of our three decades covering this industry, the film industry and the video industry have been separate from one another. But as Hollywood began to abandon film as a recording medium, and digital cameras under $10,000 could shoot cinematic looking footage, the line between film and video blurred.
It's true that film aces a recording medium is still used in Hollywood and among some enthusiasts. Still, few would argue that digital imaging is anything but ubiquitous.
Today, many Videomaker readers consider themselves filmmakers, and for good reason. Some of the more talented among us are capable of capturing imagery that's more cinematic and aesthetically pleasing than what comes out of Hollywood using equipment that cost a tenth the price.

Ironically, in order to make a coherent argument about the word "film" as opposed to "video," we need to agree on a word that describes them both. For this I'll use "motion picture," defined as any sequence of still images shown consecutively to give the illusion of motion. Additionally, we should acknowledge that society tends to agree that some genres of motion picture are not considered film. Examples include the news, reality television and home video. This, of course, is also up for debate.
So what is film? If you asked that question 15 years ago, the answer would have been easy. Film is either 1) a flexible material coated with light-sensitive chemicals used to create images, or 2) a motion picture story created with that flexible material. Today we have to throw that second definition right out the window.
Let's consider a few modern definitions.

A film is a story shown in theaters or on television.

I like this definition, but it's both too exclusive and too inclusive. Yes, just about anything shown in a theater can be considered a film, but what about TV? Let's ignore the obvious example of classic narrative films which are shown on both mediums. People who make commercials often self-identify as filmmakers, but people who make reality TV don't. Nor would many people consider an episode of the nightly news a "film." This definition also unfairly excludes people telling stories with online platforms like Vimeo, not to mention the fact that there's a whole generation of individual that are used to consuming media almost exclusively on mobile devices.

A film is a work of art in motion picture form.

This is a convenient definition because art is so hard to define. This covers most genres, including, I would argue, some wedding videos. It obviously covers theatrical and short movies. Dramatic TV shows like "Game of Thrones" are covered while reality shows are excluded. Even music videos could appropriately be included in this definition.
But what about content uploaded to YouTube? Or Instagram? Or Facebook? If these are your platforms of choice, you'll probably be excluded from the filmmaker club. How about commercials and corporate videos? I know a lot of gifted people doing this kind of who consider themselves filmmakers. Should they be kicked out of the club because their work is so tightly controlled by corporate executives? If so, there are countless Hollywood directors that should be kicked out for the same reason.

A film is a motion picture where every shot is planned.

This is a pretty good definition, since it includes theatrical movies, television dramas, wedding videos, commercials, corporate videos, and many online videos. It also excludes "Diners, Drive-ins and Dives." The major un-just exclusion is documentary, where often shots are captured extemporaneously and in some cases, stories aren't event discovered until part way through production. Making an exception for non-fiction work would then include the nightly news, which probably shouldn't be considered film. Finally, this would include Instagram videos, but for better or worse Instagram still has a stigma that excludes work published there from being considered film.
Given all this, here is my proposed definitions of the terms film and filmmaker:
You can argue that some people who consider themselves filmmakers don't deserve the title and therefore the definitions I've provided are invalid, but the alternatives are worse. They're far too exclusive and often come with undertones of elitism.
Most any motion picture could be considered film under at least one of the above definitions. However, It's clear there are some platforms that have stigmas that need to be put to rest — most notably Instagram, YouTube and Facebook. Motion pictures posted to these platforms, regardless of duration, should be considered film if the creators consider it as such.
Language is fluid and the word film is going through a transition. As online platforms and technologies mature, a new definition will take hold, but for now, the true meaning of the word "film" remains elusive.