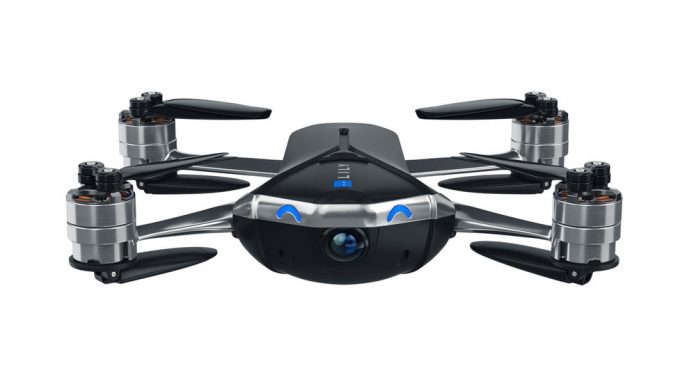 Long ago, we wrote about the Lily Drone. We were intrigued by everything it said that it would offer, like being waterproof and being able to launch from its user’s hand after being tossed, but we were still hesitant. The manufacturers at Lily made a lot of ambitious promises with their Lily Drone that it turned out they couldn't live up to. After going bankrupt and having to refund everyone who pre-ordered the Lily drone, which was racked up to about $34 million in refunds, for a while, we all thought that the Lily drone was dead. But then a company named Mota Group bought Lily’s brand name and customer list back in January. Now Moto Group is selling the “next-gen” Lily drone.

Unfortunately, the Lily drone doesn’t seem like it’s adding anything to the table that Lily promised with their original drone, other than its video resolution being 4K now. In fact, a lot of the original Lily Drone’s most interesting features have been taken away.

For instance, the Lily drone is no longer waterproof, nor does it appear to be able to launch from its user’s hand after being tossed. It also has shorter fly times than originally promised. Lily had envisioned the Lily drone to be a drone for people who greatly enjoy the outdoors, so it’s lack of waterproofing definitely hinders that original vision.

But Mota Group wants consumers to think that this “next-gen” Lily drone is the same drone as they were pre-ordering before, using a 2015 video of Lily’s original drone and its promised capabilities, while not having a new video of the new version of the drone.

What does seem to be inline with the original, however, is the design of the Lily drone. It’s still pretty darn cute with a face resembling something like an emoji, but the Lily drone has to be more than cute if it wants to be a success.

There just doesn’t seem like there’s anything initially that will make the Lily Drone stand out from other drones on the market already. Hopefully the Lily Drone can find its voice again — the one that drove some many people to preorder it originally.

Check out lily.camera for more information.