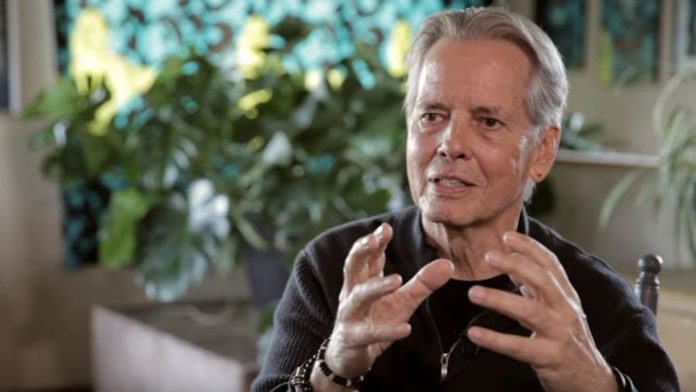 Usually when you think of the process of creating a Oscar-winning film, you usually attribute it with weeks, months, or even years of planning and prepping from it’s crew. However, director and actor, Mark W. Travis, believes that too much planning can be dangerous to a production and that to truly get an authentic scene, directors need to interrogate their actors into the mindset of their characters before filming a scene.

Check out what he had to say in his interview with Film Courage where he describes how he would have directed Leonard Dicaprio in the bear attack scene in"The Revenant" :

First of all, Travis isn’t saying that planning in a film is bad. He says that planning the production, the dialog and such is important. What he does think that planning ruins is the actor's natural emotion when acting in a scene. So, by interrogating the actor, his able to get the actor’s mind back into the character’s mindset.

He says that he doesn’t worry that his actors won’t do the mechanics of the scene, but rather he is worried about the mindset of his characters.

When speaking about"The Revenant," Travis says “Leonardo DiCaprio, he knows exactly what’s going to happen. There’s going to be a bear and he’s going to have to fight it off. Got it!” But he moves on to say that Dicaprio's character, John Glass, doesn’t know that. So, by interrogating Dicaprio, Travis would have gotten him into the mindset of the character so the film would show John Glass’s reaction to the bear attack, not Leonardo Dicaprio’s reaction.

By doing different interrogations right before each scene, you will be able to film scenes that have different authentic performances from the actor and have different emotions to choose from when in post production.

In summary, planning is important, but it can take away the authenticity of an actor's performance if they are planning out what they are going to be doing when they are performing in a scene. By interrogating your actors right before you start filming a scene, they will be able to get into the mindset of the character and become that character rather then just be acting it.