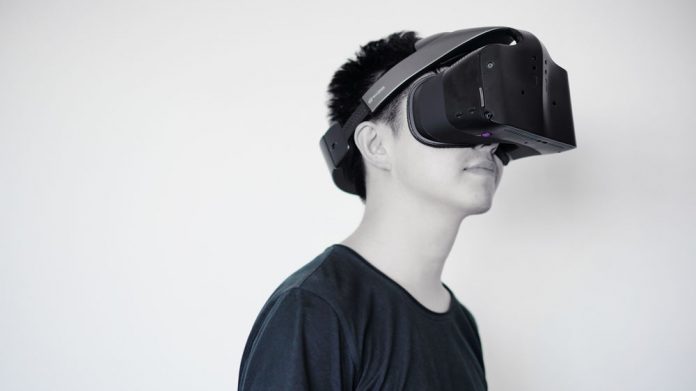 Intel says that it will no longer work towards releasing its Project Alloy VR headset, officially ending the initiative that looked to provide its partner companies with an open reference design for their own VR devices. Intel was set to release the headset this year, but RoadtoVR reports that they decided to ax the project this summer due to a lack of interest from their partners.
Engadget believes that this decision could have been because manufacturers, including Asus, Acer and Dell, chose to focus their resources on building Microsoft Mixed Reality headsets.
Kim Pallister, Intel's Virtual Reality Center of Excellence director, brought up another possibility in his interview with PC World saying that Intel realized that a standalone headset “isn’t necessarily the optimum form factors” and wouldn’t be able to compete with the performance of PC-power devices.
Intel had this to say to RoadtoVR:
“Intel has made the decision to wind down its Project Alloy reference design, however we will continue to invest in the development of technologies to power next-generation AR/VR experiences. This includes: Movidius for visual processing, Intel RealSense™ depth sensing and six degrees of freedom (6DoF) solutions, and other enabling technologies including Intel WiGig, Thunderbolt, and Intel Optane™. All of these Intel technology solutions are supported by a robust portfolio of software capabilities, and we're building out a VR support ecosystem, from software design kits to reference designs, to spur innovation that's enabling rich and immersive content. Project Alloy served as a great proof of concept for Intel and the industry – showing what's possible in a high-performance, immersive and untethered VR experience. What we've learned through Project Alloy will inform future efforts."
Though Intel is ending their efforts with Project Alloy, they still look to continue efforts in VR. Intel is moving its focus from Project Alloy to developing a WiGig link that looks to enable wireless PC-powered VR headsets; they will also look to make more VR-related technology in the future.