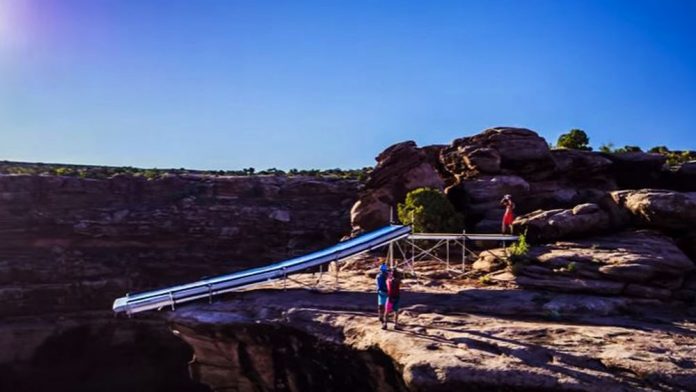 Earlier this week, YouTuber Devin Graham, a.k.a. Devin Supertramp, found out that GoPro had taken footage from a video that he had done for Subaru four months ago where he and a few others created a slip-and-slide at the edge of a cliff and slid of the edge using a parachute to glide to safety.

Graham and his stunt partners used GoPro products to shoot the video, but the project wasn’t sponsored by GoPro in any way. However, the company uploaded footage of the production to their YouTube , without giving a link to the original video or asking permission to use the footage.

They even went as far as to use the exact same thumbnail as the original video, as Graham points out.

Graham isn’t happy with GoPro at all, saying that “ I'm not okay with companies like this doing this. GoPro has been walking over people for the longest time, I know this first hand from little companies I work with.” He then goes on to say that he’s had many friends who have apparently been “walked on and pushed around” by GoPro and he felt the need to expose what they have done by posting to Instagram about the incident.

Graham has spoken out against GoPro before. Back in December 2016, he criticized GoPro for telling a small company, GoScope, that’s geared to making GoPro accessories, to change their name and the molds of their products or they would take legal action. “It’s the big dog destroying the smaller dogs,” Graham said in a YouTube video where addressed his disapproval of GoPro’s actions.