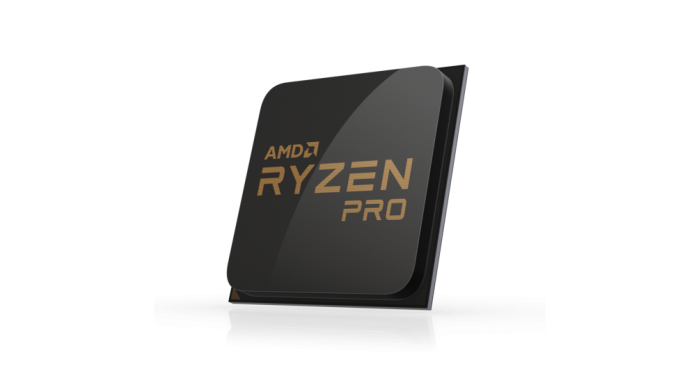 AMD is back in high-performance processors! And that's good news for video editors. After all, you may think that desktop computing is passé in this mobile world, and that processors just are not exciting any more, and that AMD has become just a low-cost alternative.
But AMD made a strong argument to the contrary in New York this week, at an event introducing an extension of its new Ryzen processor line, from consumer products to the Ryzen PRO for commercial systems.

What does this mean for your next video editing system? Well, AMD showed a live demonstration using Adobe Premiere Pro to transcode a 60 second H.264 clip from 4K to 720p. The transcode ran around 30 percent faster on the 16-thread Ryzen PRO 7 than on a comparable Intel Core i7 system with 8 threads, finishing in 73 seconds compared to 107 seconds.
So your rendering can run 30 percent faster — or, instead of swamping your system with video rendering, you could use the additional capacity to process the video in around the same time, while leaving something like a third of the processor still available for you to continue with other work.

What AMD has done is to bring some new excitement and competition into the processor market with its new Zen microarchitecture, which offers more processing — up to 8 parallel cores and 16 co-processing threads — and more fast data access — up to 20MB L2+L3 low latency cache.
The Ryzen processors are focused on multi-threading performance, so you can be working on multiple activities at the same time, or bring all the resources to bear on a big job like encoding video in parallel. The Ryzen 3 processors are quad-core (4 cores / 4 threads), the Ryzen 5 processors are 4 cores / 8 threads and 6 cores / 12 threads, and the top-of-the-line Ryzen 7 processors are "octo" core (8 cores / 16 threads).
To demonstrate the kinds of magic that you can find in these new processors, the Ryzen chips feature AMD's SenseMI technology to dynamically optimize the processing performance to the current instruction flow. This includes Artificial Intelligence-based Neural Net Prediction of the instruction flow, Smart Prefetch to pre-load data, and PurePower to monitor and minimize heat and power usage. Then, to further boost performance, Precision Boost dynamically adjusts clock speeds in 25MHz increments based on your performance demands, and Extended Frequency Range can automatically overclock speeds even further.
And there's more: The Ryzen Threadripper processor is described as "the fastest multi-threaded processor on a consumer desktop PC," with up to 16 cores and 32 threads, and up to 40MB of combined cache. Suddenly, processing 4K video does not look quite so daunting.

The potential of these processors was further demonstrated by new workstation products announced at the event by the big three PC manufacturers, Dell, HP and Lenovo, who all see plenty of business need for high-powered desktop systems. For example, Dell reported that desktops were still 51 percent of the commercial PCs sold in in 2016, and that 81 percent of workers use a desktop for at least half their day.
[image:blog_post:65817]
All three companies introduced Tower and Small Form Factor configurations based on Ryzen PRO chips: the Dell OptiPlex 5055, HP EliteDesk 705 G3, and Lenovo ThinkCenter M715. These are designed as enterprise-class, powerful, business-critical, and expandable systems, with performance options including AMD Radeon R5 / R7 discrete graphics options on the Dell OptiPlex.
Lenovo also introduced a new A series of Thinkpad notebooks with AMD processors, starting with the ThinkPad A275 and A475 with integrated Radeon graphics, and future growth to Ryzen processors.

But there's even more. You'll probably be thinking about a discrete graphics card for a workstation, like an AMD Radeon or NVIDIA video card with dedicated processing and memory for video/graphics operations.
But for cost reduction and mobile systems, integrated graphics approaches move the GPU (graphics processing unit) onto the motherboard and even into the CPU chip. This has huge advantages in reducing cost and providing efficient on-chip communications between the CPU and GPU, although it can add significant complexity to the chip design and can have limited performance compared to higher-end dedicated graphics cards.
Here, AMD has combined its deep expertise in both multicore processors and Radeon graphics onto single-chip integrated APUs (Accelerated Processing Units). This is not your basic integrated graphics — On desktop systems, these APUs support gaming and media playback on a par with discrete graphics cards. The Microsoft Xbox One and Sony PlayStation 4 also use semi-custom AMD APUs.

Your Next Video Workstation

As a result, the competition is heating up in high-performance processors, which means that you will have exciting new choices when you start to think about upgrading to a new video system, whether a high-end workstation or a mobile notebook.
You will have more options for smarter processors, with more cores and more threads in the processor for faster parallel video processing, and more memory to handle 4K frame sizes.
And you will have more options for video/graphics processing, from full-up discrete graphics cards for dedicated workstations to powerful integrated graphics for mobile systems.
As usual, video processing continues to stress PC systems, now with 4K resolution and VR / 360 video, and the good news is that the hardware is catching up with exciting new technology in high-performance processors and graphics co-processors.
Ryzen PRO mobile processors are scheduled for launch in the first half of 2018.
Douglas Dixon is a developer and writer who covers digital media at Manifest-Tech.com.