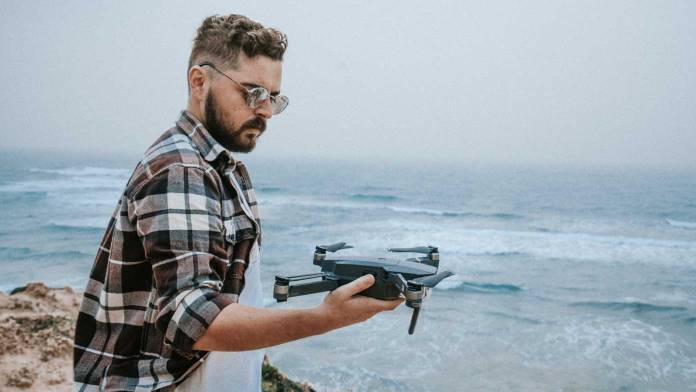 Drones can give you the ability to shoot footage that looks like it was shot by a half a million dollar camera and gimbal setup on a helicopter, but drones aren’t perfect. They are twitchy and shaky and it’s easy for the footage they’re shooting to suddenly look like footage shot by a drone than by a expensive helicopter setup by fault of they way its user is flying it.

So Tony Northrup, from the photography YouTube channel Tony & Chelsea Northrup, has comprised four tips to help you get professional-level aerial footage using an affordable drone.

Check out his helpful video in full below.

Here’s a rundown of the four tips that Northrup came up with:

Plan your movements from start to finish

Before you start filming, make sure you know where you’re taking your drone and what angle you want the camera to be. Having a plan will prevent any sudden camera changes that makes drone footage look unprofessional and not to mention takes its viewer out of the scene. Make a plan and stick to that plan when you hit record.

Start recording before your planned footage

There’s no such thing as recording too much footage, but not enough footage does exist and it could potentially ruin a shoot. “Start recording a little bit before your movement so by the time that you hit the beginning of the clip that you plan to use you’re already in motion,” says Northrup, “And then follow through after you finish the part that you need to record.” Doing this will let you film one single smooth movement rather than you starting to move the drone right when you hit record. Plan to have at least 10 to 15 seconds of footage to work with even if you only want to use about three seconds of it. You can remove all the extra footage later in editing.

Don’t move the control sticks after you start recording

Avoid any and all stick movement when you are recording. This is the easiest way to make a clip look like it was shot by a drone and that isn’t good. It takes your viewers out of the scene and makes them think about the hardware filming rather than looking at the project itself. Northrup suggests starting simple, holding one of the sticks in one direction until you become more comfortable and feel like you can work with both sticks and add in gimbal tilts. “ …It’s important. Whatever controls you are giving it need to be constant throughout the entire flight,” Northrup says.

It’s better to be safe than sorry. You may not notice little things, like your drone shaking slighting in a wind gust, when you are out filming, so give yourself some insurance footage to work with. Northrup says that you should film at least four to five backups to ensure that you are covered if something does go wrong with your original.

Drones can make professional-level aerial videos, you just have to know how to use them. If you uses these tips for smoother drone aerial footage, your viewers won’t think twice about your aerial footage.