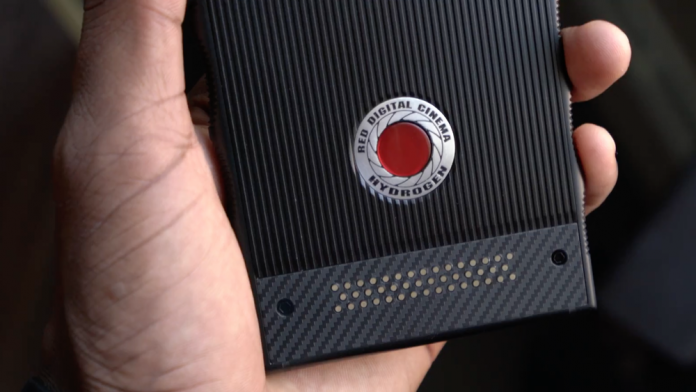 Marques Brownlee, with an impressive 4.8 million subscribers, just got his hands on RED’s new prototype for their upcoming smartphone / camera prototype, the Hydrogen One. He shares his thoughts and impressions of the phone with everyone.

“Right off the bat, pretty intense,” admitted Brownlee in his video. “A lot of materials going on.”

There has been lots of rumors that RED wasn’t even working the Hydrogen phone because, prior to Brownlee’s hands on look, the public only had a single rendered photo of RED’s prototype.

But with the publication Brownlee’s video, those rumors have been completely disproven and RED Hyrdogen enthusiasts can rest easy.

In the video, Brownlee received three prototypes from RED that all aim to demonstrate different aspects of the Hyrdogen One. The first prototype set out to show the physical look of the phone that RED hopes to achieve. The second looked to demonstrate the Hyrdogen working holographic display. The third prototype showed the ways that the phone could work as a working film camera.

Brownlee revealed at the end of the video that RED is highly confident that the Hydrogen can and will be the future of small form factor cinema.

In the next few weeks, RED is expected to release a prototype with the finished look and the holographic display in the same body.

RED’s Hydrogen One is estimated to be released in the first quarter of 2018 and is available now for pre-order for 1,200 dollars for the aluminum build or 1,600 dollars for the titanium build. For more information, visit www.red.com/hydrogen.