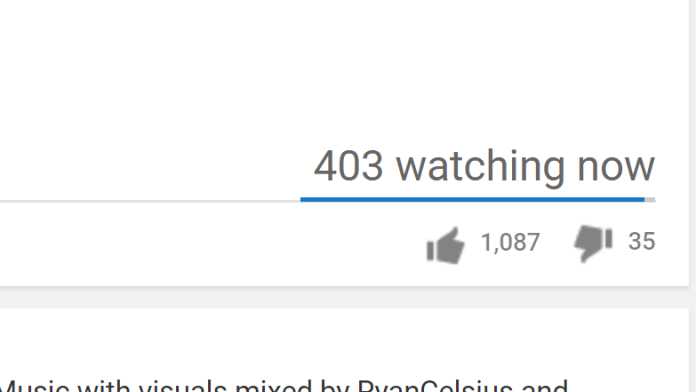 YouTube is currently testing a new feature that will display the amount of viewers that are currently watching a video while you watch the same video.
It’s reported by Android Police that the test is only active for a few select Android users. The feature is visible to them under the title of the video where the overall viewer count is usually placed; in it’s place is the live viewer count. It’s marked with the “watching now” with the number of people listed before it. If you’re familiar with YouTube live streams, the new concurrent viewer count will look familiar.
This feature new for regular uploads could be very usefully to YouTube content creators who want to know when their videos are gaining a lot of attention more quickly than they would before. This real time information would provide deeper insight into what’s working and what isn’t, and how and when your audience is engaging with your content. The new tool would also allow people to see if a video is going viral, which could give other content creators a head start in knowing what’s becoming popular — or just satisfy anyone curious about what’s popular at any particular moment.
YouTube has yet to say whether or not this feature will be expanding out further to a broader audience, but they aren’t likely to keep this feature constricted to a select few for long if it proves valuable to early test users.