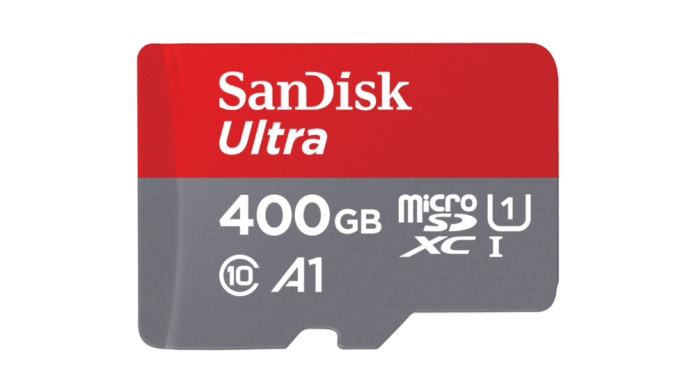 Western Digital is known for releasing high capacity MicoSDs. Just two years earlier they released a 200GB MicroSD that broke capacity records; now they have doubled that number with the release of a 400GB MicroSD.

Western Digital wants to keep up with the growing amount of data that people are creating on their phones, providing them a way to store all their data externally. “Mobile devices have become the epicenter of our lives, and consumers are now accustomed to using their smartphones for anything from entertainment to business. We are collecting and sharing massive amounts of data on smartphones, drones, tablets, PCs, laptops and more. We anticipate that storage needs will only continue to grow as people continue to expect more sophisticated features on their devices and desire higher quality content,” said Jeff Janukowicz, research vice president, IDC. “We estimate mobile device users worldwide will install over 150 billion applications alone this year, which require a ton of memory on all of our favorite devices.”

We aren’t going to downplay the size of this MicroSD. It’s huge. Very huge. Gigantically huge. It holds up to 40 hours of Full HD video while maintaining the extremely compact formfactor of a MicroSD card. But that’s pretty much what it has to offer — big storage numbers. It’s transferring speeds are 100MB/s, which aren’t game changing. It is suppose to however make opening applications and apps faster. For instance, the card would open a app quicker on a phone than the phone would internally.

If you want to get more information on Western Digital’s 400GB SanDisk MicroSD card, visit wdc.com.