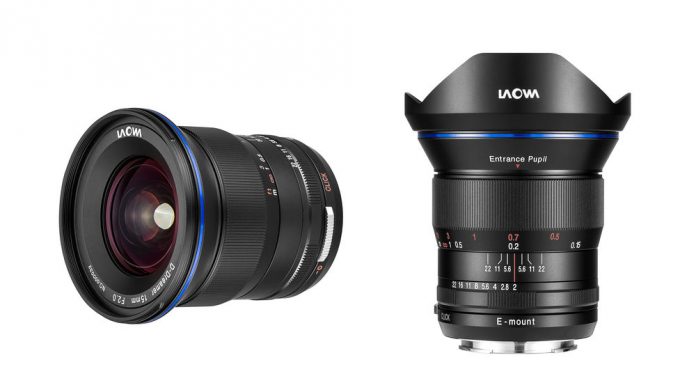 Venus Optics is adding another lens to the Sony Full Frame E-mount camera lineup; it’s the Laowa 15mm f/2 FE Zero-D and it’s suppose to be the world’s widest f/2 native lens. It is a lens that seems designed for taking footage of landscapes, whether that be for film or photography.

The first thing said about this new lens’ features is that it’s suppose to be super light and compact.

“Venus Optics has successfully minimized the weight of the lens to around 500g (~1.1 pounds) and 8cm long. This compact and light lens comprises of 12 elements in 9 groups with 2 pcs of aspherical elements and 3 pcs of Extra-low dispersion elements.” said Venus Optics in a August 11 press release. “The patented optical design successfully minimizes the distortion and chromatic aberrations to its lowest but at the same time, delivers a superb optical performance from corners to corners.”

This is all supposedly in spite of still having the lens be a ultra-wide and ultra-fast prime lens that cover both 35mm full-frame and APS-C sensors.

They’ve also included an “extreme 110° angle of view” and an “ultra-fast f/2 aperture” that “allow photographers to create impressive astro-photography shots with ease. It also gives photographers a fast and wide-angle option for landscape photography and low-light shooting,” according to Venus Optics.

The Laowa 15mm f/2 FE Zero-D will be Venus Optics second lens in their Close-to-Zero distortion line-up. The other lens that it will join is Venus Optics’ 12mm f/2.8 Zero-D. They say that the Laowa 15mm has been designed to remove optical distortion that happens in other wide angle lenses in infinity focus. “Any straight lines will be retained,” said Venus Optics on the subject.

Also,Venus Optics want to make the their lens easier for videographers to use, so they’ve included an aperture switch that lets users “quickly switch between click-less and clicked aperture.”

If you want to focus close with the Laowa 15mm, Venus Optics say that you will be able to. “Photographers can take advantage of the super close focusing distance (i.e. 15cm) and the f/2 aperture to create some bokeh shots and wide angle close-up shots.”

The Laowa 15mm isn’t currently out, but you can preorder it on Venus Optics’ official site. The listed price for the lens is set at $849. Venus Optics will begin shipping this new lens late August/early September.