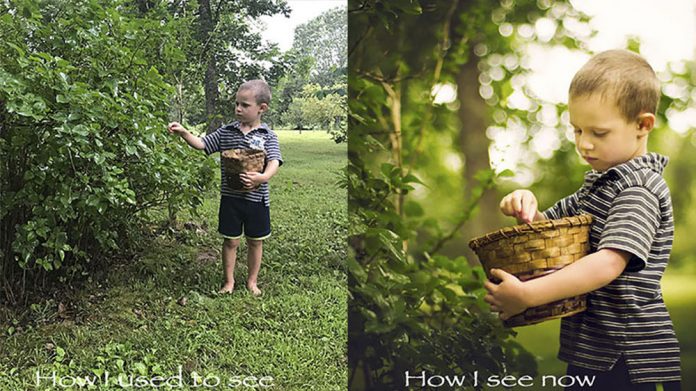 Last week, Phillip Haumesser shared a handful of his photographs, highlighting the difference between professional and amateur photography. His photography is truly beautiful and the contrast he focuses on in this experiment is striking. It only takes a few minutes perusing his web site to see that Haumesser clearly knows what he's talking about. His work is stunning.
While one could assume Haumesser was trying to point out how important it is to choose right angle and the right lens, there is an additional level of depth here. Indeed using the right angle and the right lens can make a story more compelling, but more important is the subject and basic composition.
Generally speaking, the more interesting and compelling a scene actually is, the less reliant on typical storytelling aesthetic it is. For example, the Rodney King tape or the Zapruder Film are two of the 20th Century's most important motion pictures. Neither is well shot. No one would ever comment on the beautiful lighting or composition. Yet both tell incredible and historic stories. Telling a compelling story of a child picking flowers in his back yard, however, requires quite a bit more effort.
Unlike photography, video has many dimensions to consider when attempting to tell a strong story: the script, editing, sound and acting to name a few. But for now, we'll stick with photography.
[image:blog_post:65561]
To start, it's helpful to go assume that no one is likely to care about the story unless you give them a strong reason to. Typically this is best done by visually introducing people and characters. Despite the commentary about angle and light, it's the focus on human subjects that is the key differentiation in Haumesser's photos.
By re-framing his shots and playing with focus, Haumesser directs the viewers eyes to his subjects' faces. Maintaining a shallow depth of field eliminates potential distractions in the background and foreground. Changing the angle gives visibility to the child's face and eyes. As the saying goes, the eyes are the window to the soul. By forcing viewers to instantly narrow in on the eyes, photographers and filmmakers give them more of an emotional connection to the subject.
The aesthetic improvements that come from shooting with a high-quality lens, and some color work in post is certainly nice and makes a more beautiful image. However, it's framing and composing the shot properly that is the real key to visually telling a strong story.
You can see all the photos from Haumesser's collection here.