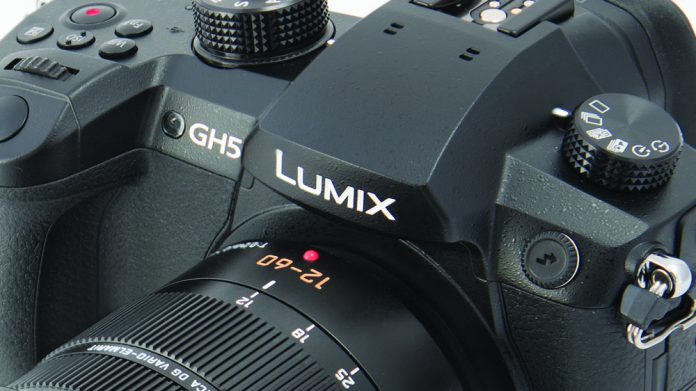 Among videographers, the Panasonic GH5 is one of the most popular interchangeable cameras out there, if not the most. It offers 10-bit 4K recording and no record time limit 4K. Now, to improve on what is already a hit, Panasonic has announced that they will be releasing a firmware update for the GH5 at the end of this September, and it looks like it’s going to offer some significant changes.

First off, Panasonic promises that the update will offer enhancements to the GH5’s anamorphic video recording mode, saying that users will now be able to shoot at an impressive-sounding 6K resolution while using the anamorphic mode. But interestingly, as you can see in the chart below, the resolution for 6K Anamorphic shooting on the GH5 is 4992 x 3744. For those of you who aren’t familiar with 6K resolution, the horizontal resolution that a piece of footage needs to have to be considered 6K is 6144 pixels.

To Panasonic’s defense, anamorphic lenses squeeze the aspect ratio of your footage down so it can later be stretched into the correct wide-screen aspect ratio. However, this means that users won't truly achieve 6K anamorphic footage until they've manually stretched their footage in post-production. Can that really be considered 6K? You could take a piece of footage the size of a postage stamp and stretch it to 6144 x 3160, but most of us wouldn’t consider that to be 6K.

Panasonic’s claim that the firmware update allows the GH5 to shoot 6K with anamorphic footage is shaky. You aren’t actually shooting in 6K, but the update is still compelling.

Here's some sample anamorphic footage shoot on the GH5:

Panasonic’s update will also add Hybrid Log Gamma (HLG) to the photo styles menu for 4K HDR video recording. What HLG basically does is combine SDR and HDR into a single video signal so that an SDR screen can display the HDR footage without skewing its lights and darks. It’s a good feature to have as screen displays are still switching from  SDR to HDR.

Check out footage from the GH5 set in HLG mode:

In addition, the firmware update introduces an All-Intra video recording mode to the GH5 as well. The mode offers 4:2:2, 10-bit recording in 4K or FHD. Here are some of the specs:

Plus, the update improves the GH5’s auto focus performance when performing tasks like shooting low contrast photos or video tracking. Panasonic is pretty proud of the improvements, but a lot of videographers prefer manual focus to auto focus, so these auto focus updates may not be as exciting.

The GH5 firmware updates also includes improved speed performance when shooting 6K and 4K photos, a handshake correction mode for image stabilization, white balance correcting settings and the option to use the Power Save LVF during all stand-by display options.

The firmware update for the GH5 is set to be released at the end of this September. It will be available for free.

Check out our video review: