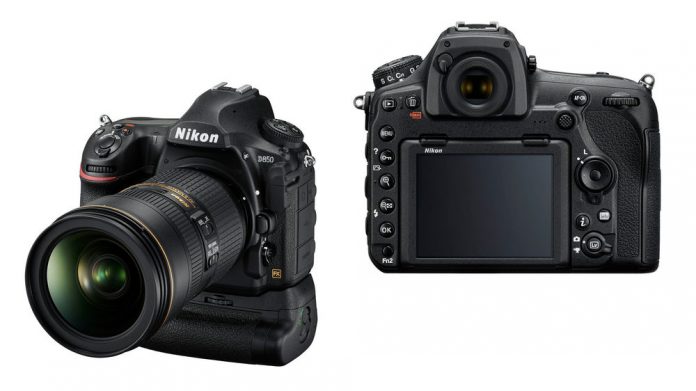 Nikon just introduced to the world their next big full-frame DSLR camera, the D850, and it could give Canon’s 5D Mark IV a good run for its money.

Lets get more into what the specifics of what Nikon wants to offer with the D850.

Nikon promises that the camera can deliver “intense clarity” and “accurate skin tones” when taking portrait shots. To add to its versatility, Nikon also promises impressive low-light abilities for shooting events like weddings,  and touts the cameras capabilities in landscape photography, and, possibly most important, to video creators who want 4K UHD flexibility.

“The Nikon D850 is much more than a camera, rather it’s a statement that Nikon is continuing to listen to customer needs, to innovate for the next 100 years, and bring to market a full-frame DSLR that exceeds the expectations of the professionals that rely on this caliber of camera to make a living,” said Kosuke Kawaura, Director of Marketing and Planning, Nikon Inc.

Nikon believes that the Nikon D850 is the new benchmark in DSLR image quality. With this camera, Nikon says that they have developed their widest and brightest optical viewfinder for a Nikon DSLR, which is at 0.75x magnification, and that the Nikon D850 is Nikon’s first DSLR to incorporate a BSI CMOS sensor. Also, the camera’s tilting LCD Touchscreen includes what Nikon says is their “most extensive touch functionality ever.” It does appear that Nikon is trying to push what is possible with their DSLRs.

“I have had the pleasure of putting this camera through its paces, and there is nothing like it. The Nikon D850 introduces a whole new generation of photographers to medium format quality; the resolution is out of this world, and the tonality and range are at a level I never thought possible from a DSLR,” said Nikon Ambassador Jerry Ghionis.

Nikon doesn’t want this camera just to be for photographers however; they say that it offers many features to videographers as well — one of those features being that the camera’s FC BSI CMOS sensor allowing 4K UHD output at a full-frame width at 16:9. This would allow for more lensing options and “provide a true field of view” says Nikon. The camera also allows filmmakers to capture slow motion footage at Full HD 1080p at 120 frames per second and features an onboard stereo microphone, inputs for headphones and microphones and a audio attenuator meant to regulate sound levels.

This camera could possibly prove to be an outlet allowing photographers dip their feet into videography. If the D850 proves to be a good video camera, photographers would have nothing to lose in trying its video features if they bought it for its photography applications. That’s what you can expect when a camera is truly versatile, and if Nikon’s D850 does just that, it really could surpass the 5D Mark IV as the go-to DSLR for photographers and videographers alike.