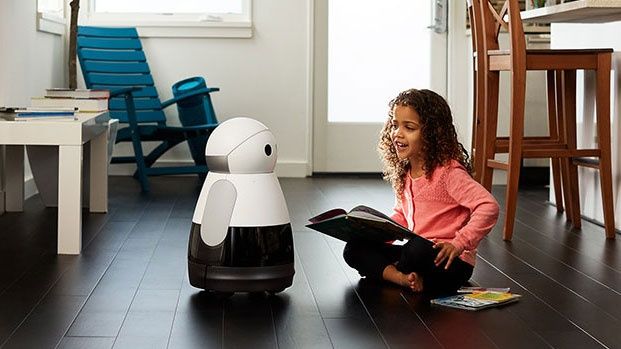 Has there ever been a time when you’re enjoying time with your family  and you want to take a video but it would ruin the moment if you stepped aside to film it? Many of us have experienced this, but Mayfield Robotics hopes that they can solve this debacle with their self-driving robot named Kuri and its newly announced Kuri Vision service.

Mayfield Robotics announced recently that they are working on a line of cute and intelligent voice-operated home robot that's equipped with a built-in Full HD camera, 4 microphones, dual speakers, Wi-Fi and Bluetooth connectivity, and sensors that detect edges to prevent Kuri from crashing into any walls or objects. These features allow Kuri to play music and read out loud. Users will also be able to check on the house or pets when you are gone; Kuri can even recognize certain pets using a intelligent vision technology.

"For generations, people have dreamed of having their own personal robot in the home, and we've been focused on making that dream more of a reality," said Sarah Osentoski, COO and co-founder of Mayfield Robotics.

And now adding to the list of services Kuri offers, Mayfield Robotics recently revealed that Kuri will feature a service called Kuri Vision which will allow Kuri to record up to eight five second videos every day.

Techcrunch reports, after talking to Mayfield Robotics’ CEO Mike Beebe about Kuri’s recognition technology, that “Kuri uses that knowledge to shoot its videos, based on factors like who’s present, the time of day and the location. You can access the videos in the Kuri mobile app and indicate which ones you like and which ones you don’t, giving Kuri a better sense of what to record.” Mayfield Robotics wants to stress that Kuri Vision isn’t an attempt to replace the photos and videos you would normally be taking of family, and instead offer a way for you to capture candid moments where you wouldn’t or shouldn’t pull out your camera to start filming. As Beebe puts it ““To step outside to take the picture, it wrecks it.”

Now, there's probably a lot of people who aren’t too keen about letting a self-operating camera on wheels roll around their houses and discreetly record videos, but Beebe doesn’t want anyone to stress. He explained that users should have complete control over the videos Kuri records. When Kuri finishes recording, the video it recorded will automatically be upload to the Kuri app and the video will only be shared with you. From there, you will have the option to download or share it elsewhere, but Kuri will never upload or share on its own.

Mayfeild Robotics have said that they have worked hard to give Kuri a friendly and non-threatening persona. Whenever Kuri is filming, it's to not make a big deal about the fact that it is recording that moment. Also, Mayfield Robotics said that they have built Kuri with a big dose of personality. For instance, Kuri will sometimes look around the room and make beeping noises giving it the sense of life and intelligence. Beebe believes this is one of the most crucial aspects of designing Kuri or any house robot. “If you’re going to actually get the robot renaissance through, you have to make robots that are joyful, useful and inspirational.”

Mayfield hopes that they will be able to create more for Kuri in the future if it is successful. When thinking of Kuri’s future, Beebe can't help but think off all of the possibilities. “The biggest payoff is when you have a robot in your house for a couple of years and you start to think about all the other stuff it can do,” Beebe said. “The next level kicks in.”

Kuri is priced at around 700 dollars and is available for pre-order in the U.S. with a 100 dollar deposit. The first wave of Kuris, being released in December 2017, are already sold out, but you still can preorder and get the next wave for the beginning of 2018.

If you are interested in learning more about Kuri, visit heykuri.com.