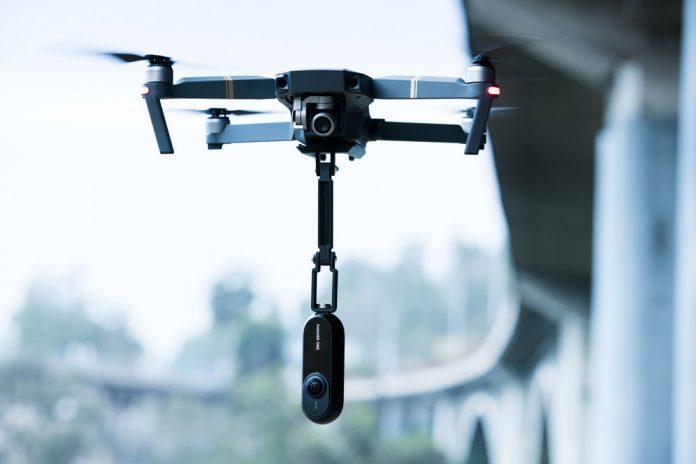 Insta360 has announced a new 360 camera that they say is easy for users to capture 360 video and share from their smartphones.
“We set out to make the easiest-to-use, most versatile 360 camera in the world, and the ONE is the result of those efforts,” says JK Liu, CEO and founder of Insta360. “The ONE isn’t just a step forward for 360 videographer. With its unique Free Capture technology, it stands to change the way we think about maeras in general.”
Insta360 says that the ONE shoots 360 videos and photos at 4K and 24 MP resolutions and can be operated diffrent three ways; standalone, remote controled through Bluetooth, and by a direct connection to your smartphone’s charging port.
In FreeCapture mode, users can use their phone display as a viewfinder. “Whatever they see as they point their phone into the original experience is what they’ll capture in a fixed-frame video. In other words, users can stand in a present moment while they film a past experience,” said Insta360 in the press release for the ONE. After users are done filming, video can be shared from their smartphones.
The ONE is also supposed to achieve six-axis image stabilization with an onboard gyroscope. “Advanced Stabilization is also what makes possible the all-new bullet time mode, which has to be seen to be fully appreciated. Using only a selfie stick or a length of string, creators can capture up to 240 FPS slow-motion shots where the ONE circles them dramatically, always keeping them in the center frame-while the string or stick used to spin the camera is flawlessly concealed.”” said Insta360. In the feature called SmartTrack, the One is said to let users to automatically capture a 1080p fixed-frame video while the subject that’s being filmed will always be centered. Insta360 says that this means that “users can first capture everything, and then let the ONE give them a ready-to-share, classic-sized video that keeps the spotlight on their key subject. And if you were to attach the ONE to a selfie stick, Insta360 says that the stick will be automatically erased from the footage that you are filming. They say that this allows the ONE to work like a flying camera, “capturing stunning 360 views from an overhead angle.” They also say that it can be mounted on to helmets, drones, cars, tripods and other accessories.

Visit Insta360.com to get more information on the ONE.