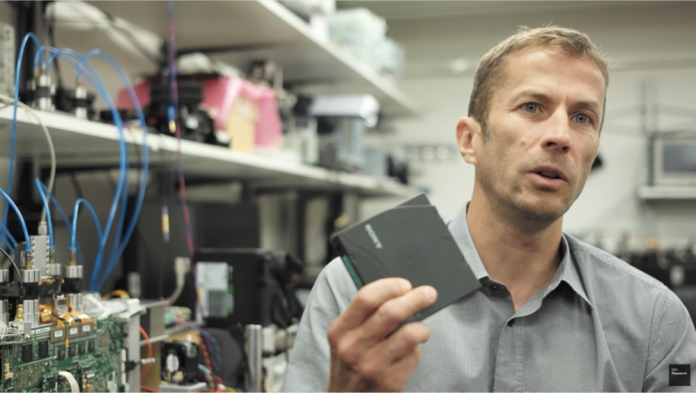 The company once known as Apple's primary competitor and for building Watson, the AI that trounced the great Ken Jennings on Jeopardy, has successfully fit 330 TB of data on a single tape cartridge. In doing so, IBM has set a new world record for uncompressed data storage.

LTO, or linear tape-open, has been around since the late 90s and has proven to be a cost-efficient method of storing large amounts of data. The current generation of LTO Ultrium can hold 6 TB.

A combined effort between IBM and Sony has produced much better results. Their new tape stores data at a density of 201 gigabits, or approximately 25 GB, of data per square inch of tape.

Typical tape storage uses metallic film placed in many layers on top of a tape base. This new technology uses a Barium ferrite liquid that is painted on to the tape.

http://www.youtube.com/watch?v=Wm1JiI6CppU
Tape storage capacity has advanced quickly. Cartridge capacity has doubled every two years. Researchers believe this rate of advancement will continue for the at least the next ten years. If true, this means tape cartridges in 2027 should be able to hold 10.56 Petabytes.

Currently the most common use of tape storage is in the cloud. Read and write speeds for tape is relatively slow — you could never edit video straight off a tape cartridge — but it's well suited for archival or cold storage where you don't need access to your data instantly.

But that fact that the technology is primarily used by cloud storage companies doesn't mean filmmakers and videographers can't also use it. An LTO tape recorder isn't cheap, but to someone who creates and stores tens of terabytes of data, dropping a large amount of money on a tape recorder maybe worth it for the cheap tapes thereafter.