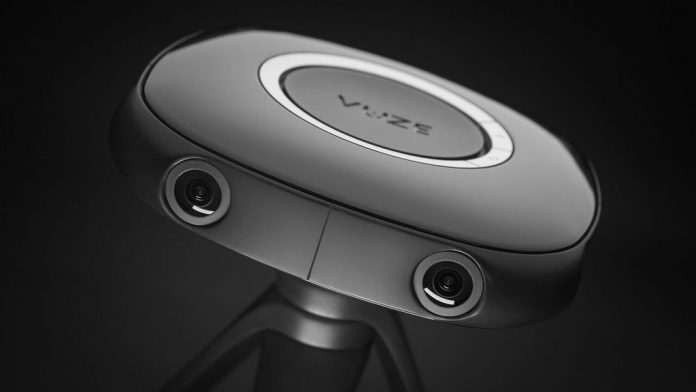 When we reviewed Humaneyes’ Vuze 360 3D spherical camera, it proved to be a good level-entry 360 camera was simple enough to help users learn about how to shoot 360 video. We were however disappointed about how simple it actually was; we were left hungry for more control options in its software.

Well, now Humaneyes has just revealed that they’re going to be releasing major software, hardware and app updates for the Vuze 360. Hopefully these updates will give us what we felt that the Vuze 360 was missing.

Unfortunately, there doesn’t seem to be much improvement in the way of control option updates initially. Humaneyes say that there will be new exposure settings on the camera and more updates to the Vuze VR Studio that they say will “increase the quality of rendered immersive content, including stitch refinement tools, simple color matching adjustments and more seamless image stitching for the eight full HD cameras used by the Vuze VR Camera.”

"We’re hearing from prosumers, filmmakers and the creative community that the Vuze VR Camera’s simplicity and affordability is filling a huge gap in their ability to create 360 VR content. And, after our initial launch we’re getting some great feedback from current users on how to make the camera even better,” said Humaneyes Technologies’ CEO, Shahar Bin-Nun. “With these updates we’re making it even easier to create and share truly immersive experiences, whether it’s capturing 360 VR video on land or shooting under the sea.”

For its hardware updates, the Vuze 360 is getting a underwater case so you could in theory go underwater and capture “professional quality VR video of subaquatic adventures.” The Vuze 360 was pretty sturdy already; it could handle a good splash of water on it, but now with the case it can be submerged in water.

In addition, beta availability of the Vuze VR Studio for Mac is among the updates as well as Android and iOS apps, which Humaneyes says will allow users to preview images and videos before they capture their footage. There will also be media playback from the camera.

These updates may add to the overall experience of the Vuze 360, but it’s questionable whether it will allow it to stand out in the 360 camera industry. With 360 competitors like the Ricoh Theta S, which we awarded our Best 360 Camera of CES 2016 award, offering great quality and affordability, it’s not clear if these updates will help the camera in any big impactful way.

But that doesn’t change the fact that the Vuze 360 is super easy to use and a great way for new 360 users to start learning how to shoot 360 footage; it just means that it might not be the go-to 360 camera for 360 videographers looking for inexpensive alternatives.

Bin-Nin said that these updates will be released early next year.

If you are interested in learning more about the Vuze 360, check out their site at vuze.camera.com.