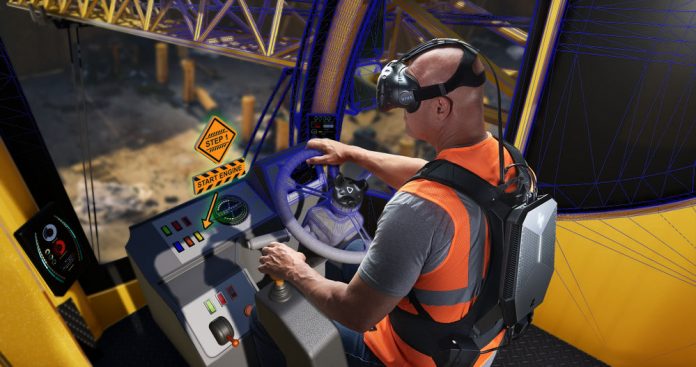 Ever wanted to go to Mars but don’t like the idea of the dangerous and deadly expanse of space? Well HP may have the solution for you. They have just announced another product to add to their arsenal of VR products, the HP Z VR Wearable Backpack. In it’s simplest terms it’s a wearable computer for all your VR needs, but they aren’t marketing it at gamers — they believe it could revolutionize the way we learn, shop, train and visualize.

HP foresees the HP Z VR Wearable Backpack removing the danger from medical and heavy equipment training by providing a more immersive virtual reality experience. Since the HP Z VR is a computer that is worn on your back, there isn’t anything tethering users to their desk; they can walk and move around freely, exploring the vast possibilities of VR performing virtual surgeries and working on simulated construction sites.

HP hopes that this product will change how we shop as well. HP expects that this wearable VR backpack will help architectural builders seal the deal by allowing an architect and their client to walk through the proposed design, making tweaks where necessary and bringing the vision of the building to life. HP envisions this virtual tour will benefit product developers, too. The HP Z VR Wearable Backpack can be used to construct a virtual showroom, letting users edit a product virtually and in real time. HP expects for this to be a hit when it comes to selling cars.

The HP Z VR Wearable Backpack together with HP’s new announcement of Mars Home Planet could help take the danger out of inhabiting Mars. Mars Home Planet is a project that uses virtual reality to demonstrate what populating Mars would look like. Users of the HP Z VR backpack could walk around the surface of Mars and create new buildings, infrastructure, vehicles and work together to solve problems, making a virtual Mars that is safe to inhabit. Which in theory could help researchers figure out the logistics of Martian living.

HP’s new V ZR Wearable Backpack wasn’t designed by rocket scientists but it could help them and everyone else create a safer and more desirable world. The way this product could be integrated could truly change how we go about day to day life. Be on the lookout for someone rocking this space-age tech in September when it’s set to be available for the price of 3,300 dollars. For more information visit www.hp.com.