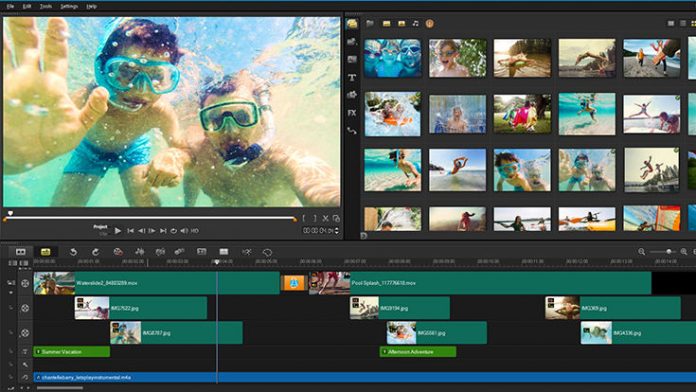 Corel has released a free update to their VideoStudio X10 line, VideoStudio X10.5. The update offers new features to its users, like complete 360 video editing, support for portrait-oriented video and new controls that remove any guessing in stop motion animations.

A few months ago, we reviewed Corel’s VideoStudio Ultimate X10 and we found it to be a good tool for video editors. One of our biggest problems with it however was that its users couldn’t export 360 video. It’s good to hear that Corel is adding more to their 360 video editing capabilities with this update. What Corel means by “complete 360 video editing” is what it sounds like; users will now be able to edit and export your projects in a 360 video format — previously, users could only export their 360 video as a standard movie after editing. Videostudio Ultimate Pro X10’s 360 video editing tools were definitely lacking, so we’re glad they’ve seem to have taken notice.

Corel is also adding new features like native support of portrait videos and a stop motion grid. In regards to the native support of portrait videos, Corel said that users can “enjoy robust editing options for special moments and memories caught on your mobile device in portrait orientation. Now you can edit and export your vertical videos without black bars on the sides.” As for the new features geared towards stop motion, Corel said that the update will have a new grid controls that will allow for easier alignment than before.