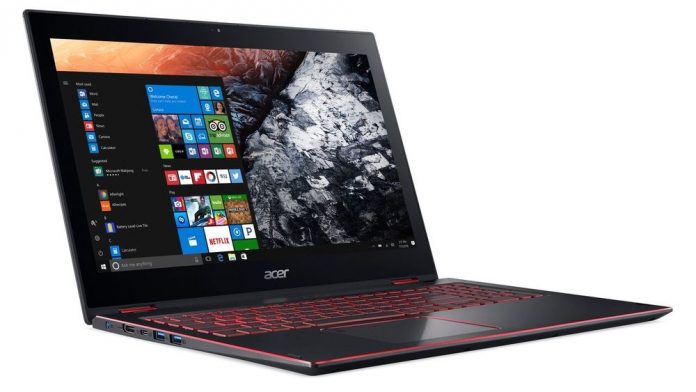 Whenever we play games, we want to have a fun and immersive experience. The only way to ensure that we have that type of experience is for the hardware that we are using to work properly. Acer believes they have created a laptop that can bring both functionality and interactive gameplay to the casual gaming public with their Nitro 5 Spin Notebook. Could it be a good fit for the traveling video editor?

One of the major tests for a gaming laptop is its ability to be portable, since a laptop lends itself to travel. Things like a gaming laptop’s ability to run smoothly, its display quality, its battery life and its weight are all key aspects to having a great portable gaming — or video production — system. Acer seems like they are confident that they will be able to deliver everything that makes a gaming laptop great.

[image:blog_post:65602]
“Players can use the Nitro 5 Spin in display mode to bring the action up close and person, making live gaming streaming on Mizer, directly from the Game bar on Windows 10, more interactive and immersive,” said Acer in a August 21 press release for the Nitro 5 Spin Notebook. “A sleek lightweight design and up to 10 hours of battery life makes it ideal for playing modern games such as Dota 2, Overwatch, League of Legends with friends anywhere.”

“Equipped with up to an 8th Generation Intel Core i7 processor, NVIDIA GEForce GTX 1050 graphics and blazing-fast GDDR5 VRAM, the Nitro 5 Spin delivers the performance needed for casual gaming anywhere, anytime,” Acer said. “A PCIe SSD of up to 512GB capacity ensures the system boots up fast and stays responsive.” To our ears, it sounds like the Nitro 5 Spin would be perfectly capable of running pro video production software as well as any games you might want play once your work is finished.

As for its display, which Acer’s press release described as “crisp” and “true-to-life color”, Acer says they have designed the Nitro 5 Spin Notebook with one of their color technologies, Acer Color Intelligence, that they say will provide “a more brilliant and vivid display with less CPU loading.” Its 15.6-inch display is also supposed to deliver wide-viewing angles. In addition, Acer says they’ve included a feature called Acer BluelightShield which they claim “may help reduce blue light emissions that cause eye strain” which happens a lot for gamers playing hours on end.

Again, while the technology is marketed to gamers, the promise of true-to-life color should be reassuring to video editors and motion graphic designers who want a reliable representation of their image.

Peter Han, Vice President, Partner Devices and Solutions, Microsoft Corp., said that the Nitro 5 Spin is “a great Windows 10 PC for casual gamers.” He later when to to elaborate on why it is great for the casual gamer, singling out its lightweight portability. “The convertible 2-in-1 is flexible, lightweight and powerful enough for a good gaming experience, and with Windows 10 and access to Microsoft’s productivity applications and services, it’s a great multipurpose PC at an affordable price.”

The laptop’s battery life can support up to 10 hours of use. That will be a pretty impressive if the battery can last that long considering that the laptop is intended to play modern games, which drain battery power like nothing — video editors should be able to off-grid for quite a while and still get work done.

So, first impressions of the Nitro 5 Spin notebook are pretty good. It’s checked all the boxes that make a good gaming — or video editing — laptop: smooth gameplay, good display, long battery life and portability. Now it’s up to Acer to deliver on what they promised.

Acer will be releasing Nitro 5 Spin in North America in October for around 1,000 dollars.

To learn more, go to acer.com.