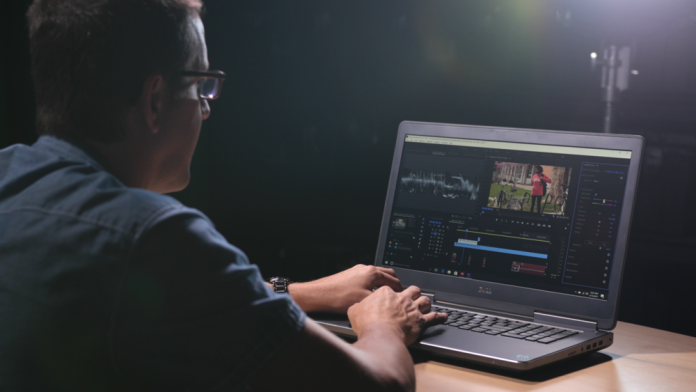 How would you like to get the tech out of the way and create more? For creative professionals, having strong tools allows for creativity to flourish. We sat down with video production veteran Greg Olson, multimedia production specialist at California State University Chico, and discussed how Adobe Creative Cloud and Dell Precision workstations featuring Intel(r) Xeon(™) processors affect his editorial workflow.

Taking the Plunge into Higher Resolutions

Making a switch as big as going from HD to 4K can be quite scary for video producers since it often means both new software and hardware. “It’s a little daunting as a video producer to make those leaps because you’re used to doing it one way and it works,” Olson said.

But for Olson, taking the plunge into higher resolutions was seamless with Dell Precision workstations and Adobe. “They’ve always been there, one step ahead of me,” said Olsen, “I’m still just playing video on a timeline.”

Use Media Encoder to Deal with Multiple Formats, Codecs and Framerates

Like every other video producer, Olsen’s work obviously isn’t done after he’s finished his projects; there’s still a matter of sending his work. “We still need to get it out to whoever it’s going to …”

By working in Media Encoder in the Creative Cloud, Olsen is able to work much more efficiently because Media Encoder can automatically send to multiple destinations. He doesn’t have to bear the annoyance of individually exporting each time he needs to send his project to a different destination.

“The nice thing about Media Encoder is it’s basically designed to do all that work for me … I don’t have to sit around and watch those render bars.”

You never want to be forced to think about how your computer is keeping up with the media applications you're using. They should seamlessly work together. After all, that’s all we need from our computers and their programs: to work.

For Olsen, Dell Precision workstations are empowering Adobe applications to do just that.

“There was definitely a time when I had to choose between those programs… ” said Olsen in regards to trying to work in Premiere, After Effects, Audition, and Photoshop simultaneously.

But those times for Olsen are thankfully over because he now uses a high-performance Dell Precision workstation.

Dell’s Precision workstation has changed the way Olsen works entirely, allowing him to work to his heart’s desire without being hindered by switching between applications.

“It saves me time because I’m no longer waiting for programs to open or close, or to render. I can just keep plugging away. I can be doing three things at once, and that is making me far more efficient. I can take on more projects; I can do better work in the same amount of time — and that’s what it’s all about.”

Check out the new Dell Precision workstations featuring Intel(r) Xeon(™) processors to squeeze the most out of Adobe Creative Cloud. To learn more about how you can build the right system for your needs visit Dell.com. [image:blog_post:64936]