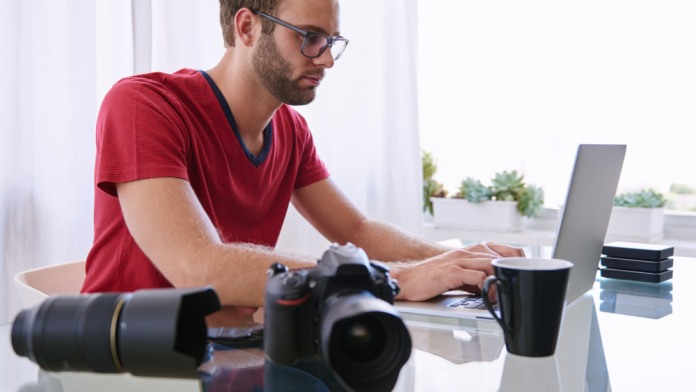 It can be a great challenge when you have to work over long distances with colleagues, and for filmmakers it’s an even greater challenge

Film crews working together over hundreds or thousands of miles always have to make sure they’re on the same page and have to go through the extra pain of sending and managing footage files as the production is being worked on during the editing stages. Files take forever to send, syncing up projects takes days, and post production drags out weeks or months longer than it should.

But that’s just how it has to be for film crews working together remotely, right?

Far from it. I can tell you that no film crew has to ever experience these hardships of remote collaboration because there are solutions out there that make sending large video files a breeze and revolutionize the way you can share and organize your footage.

One such solution is Signiant’s Media Shuttle, an online data transfer system that takes data sharing and storage to the next level.

Imagine you’re the director of a handsomely budgeted action film, filled with so many actions scenes and crazy car stunts that it makes Mad Max: Fury Road seem like it was directed by Jane Austen. You and your crew have just finished filming the principle footage after spending weeks shooting in LA. And now after too many 16+ hour days, you’re ready to send your hard work to the film’s editing crew so they can start piecing together the first cut.

Just one problem: the film’s editing crew is stationed in New York, which is approximately 2,500 miles from LA and from your footage — definitely not a good situation to be in when working under a strict deadline. So what are your options?

Maybe you could store all your extreme car chases and explosions on a few storage drives and mail them to the NY editing crew. Shipping the drives should be relatively inexpensive and the editors might get the footage within a reasonable amount of time.

What about sending your footage through an online data transferring system? You’d avoid all the risk of damage that comes with mailing drives. Unfortunately, many online data transferring systems use basic FTP and TCP packet transfer mechanisms that become slower and slower the larger your file sizes become. So unless spending night and day waiting for your footage to send to your editing crew sounds like a great use of your time, transferring systems using a basic FTP setups are out of the picture. Plus, you’re also risking the chance of your whole system crashing, forcing you to start sending all the way from the beginning.

Unlike all the other data transferring systems out there, Media Shuttle uses an advanced packet transfer mechanism they’ve named UDP acceleration that essentially makes transferring speeds 200 times faster, allowing you to send as many 100 gigabyte shots as you need with no down time. And if you’re worried that your system will crash while it’s sending your footage, Media Shuttle uses a checkpoint system that lets you to start from the last saved checkpoint rather than force you restart from the beginning if there’s a crash.

But what about after all the film’s footage has been sent? There’s more to working with an editor than just sending files after all. Well, once all the footage has been sent to your New York editing team, Media Shuttle allows you to keep track of every one of your files’ locations and where they are being moved during the entire editing process. On top of all that, you have full control over who gets access to the footage with Media Shuttle’s file sharing applications, which also offers person-to-person transfers and workflow onramps.

And with that your film has finally found a great way to get from LA to NY, with no mishaps keeping it from getting there in one piece.
To learn more about Signiant’s Media Shuttle, visit signiant.com.