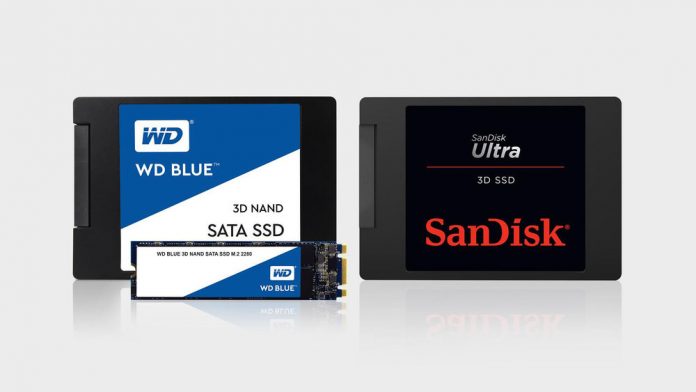 Western Digital announced May 30th that in the near future they will be releasing two new SSD drives, become the world’s first client sold state drives built with 64-layer 3D NAND technology.

What Western Digital hopes this new technology will create SSDs that have lower power consumption than other SSDs and still improve upon performance, endurance and capacity.

“Delivering 64-layer 3D NAND-based SSDs into the PC segment marks a critical step in our ongoing conversion to this new technology, as well as offers long-term benefits for our customers,” said MIke Cordano, president and chief operating officer, Western Digital. “Between our two, strong brands in SanDisk and WD, and their respective loyal customer bases and distribution channels, these advanced SSDs will appeal to a very broad footprint of the computing population that are seeking the benefits of today’s newest technologies.”

Working with SanDisk and WD, Western Digital has created the two new drives, the 3D NAND SATA SSD and Ultra 3D SSD, that both use their 64-layer 3D NAND technology.

Western Digital says that they were targeting DIY enthusiasts, resellers and system builders when the 3D NAND SATA was under development. The SSD is said to have 1.75 hours MTTF and there’s an option for users to download free tools that should allow for “continuous performance and capacity monitoring, and firmware updates,” Western Digital says. Those tools were listed as Acronis True Image WD Edition cloning software and WD SSD Dashboard software.

Western Digital wants to excite gaming and creative enthusiasts with the Ultra 3D SSD, intending it for anyone who wants to improve their PCs. They plan on doing this by creating the Ultra 3D SDD as an ideal drop-in upgrade for existing systems.

Both the SSDs will come in capacities of 250GB, 500GB, 1TB and 2TB, with sequential read and write speeds of up to 560MB/s and 530MB/s and will be made available to the worldwide public in the third quarter of this year, starting at $99.